Another shot of our irises- this time a group of three in black and white. 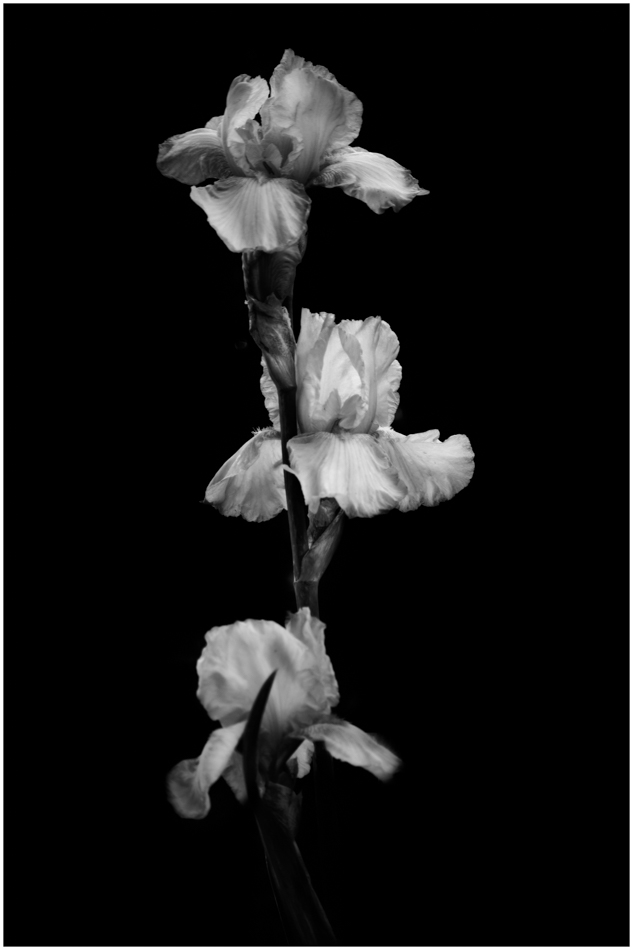 I’ve posted photos of this book of sermons by my great-grandfather, Rev. Andrew J. Mowatt, previously here, but yesterday I took a few more for a photo assignment for my AAUW photography group. I’ve learned a lot about Rev. Mowatt since my original post, including the fact that he authored at least FOUR books based on his sermons. This particular book was based on sermons he delivered at St. Paul’s Presbyterian  Church in Fredericton, New Brunswick.

Andrew J. Mowatt was the son of the immigrant Thomas Mowatt whom I wrote about a week or so ago.

A blast from the past (ok, 2019) when we visited Petaluma. It had just rained, and we spent some time walking around the downtown area near where we were staying. Petaluma is such a great town! 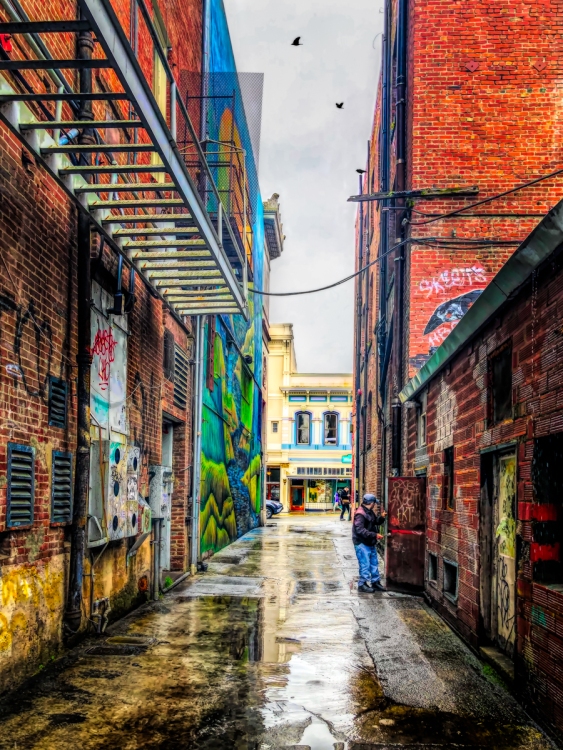 “Sea change is an English idiomatic expression which denotes a substantial change in perspective, especially one which affects a group or society at large, on a particular issue.”– Wikipedia

When we were in Newport Beach at the end of February, we were already aware of the likelihood of the pandemic- and I look back at my photos and can’t help but see that awareness in the photos I took.  Revisiting those photos, the phrase, SEA CHANGE, entered my mind. The world transformed so much in the weeks following our visit- as if undergoing a “sea change.” I used this photo sequence of a wave cresting and crashing for our final assignment (a triptych) in my photo group.

Our yellow iris bloomed Mother’s Day weekend. When I photographed these swaying in the late afternoon winds, the sun shining on the bushes in the background created colored bokeh, reminding me of a disco ball (or Christmas lights). 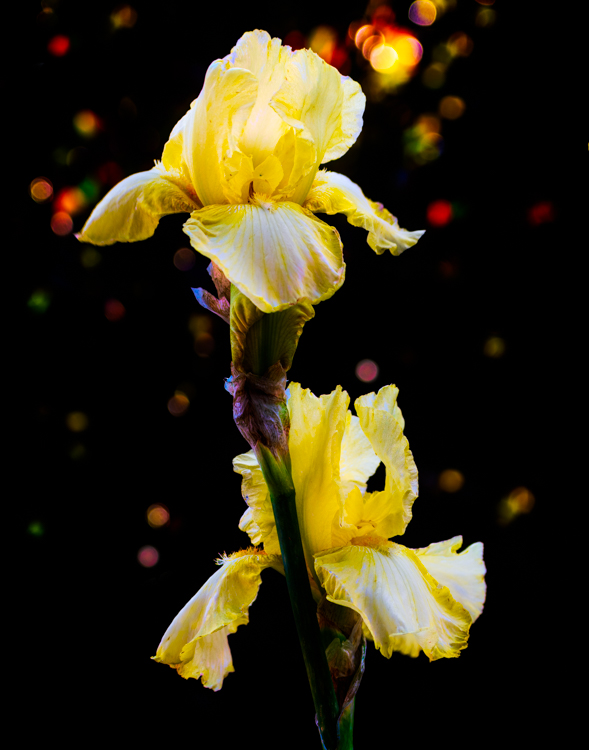 Wishing a very Happy Mother’s Day to all the moms and grandmas out there- and to those of you who have had moms and grandmas (that’s all of us!)!  I’m grateful for my wonderful mother and for the two grandmas who both lived with us- I was so lucky!

I took this photo in our yard last night and edited it with one of my own textures this morning. I’m looking forward to a barbecued hamburger for dinner tonight! Have a great day everyone!

It was over a year ago that we stayed on the lavender farm, but I still remember the feeling of getting up before anyone else and walking around just after sunrise. I came upon this quiet scene, and something about the textures on the door, the bench, the basket, and the cat bowls (!) appealed to me. It’s a simple photo, but it takes me back to that peaceful walk at dawn.

Daydreaming about the beach . . .

This was from our last trip to California- February 27- before the lockdown but just as we were becoming aware trouble was headed our way.

Edited with one of my beach textures, created in my at home time.

The first time I heard of my second great grandfather, Thomas Mowatt, was when I was going through my father’s personal files about 1992, ten years after his death. I had started researching our family, and was following the advice to start with what you know. As far as I knew, my father had no interest in genealogy or family history, but evidently his family DID and had sent him some letters, photos, and documents over the years. He never shared any of this with me when I was growing up, but somehow had the foresight to not throw away the few things that he had that were relevant to his family history.

Thomas Mowatt was my father’s great-grandfather and had died about ten years before my father was born. I was raised knowing I was Scottish on both sides of my family and had proudly worn a wool jumper sewn by my mother out of the Mowatt tartan when I was in fifth grade- but that’s all I knew about the Mowatts. So when I looked through my father’s files and found a typewritten document about this unknown ancestor, Thomas Mowatt, I was curious.

This certifies that Thomas Mowatt, a native of this neighborhood, of credible parentage, leaves this country for N. Brunswick, wishing to better his situation in that land. He is a member in full communion with this Presbyterian Congregation and has always acted as becometh the Christian.

He is of a mild inoffensive disposition, exceedingly peaceable, quiet and retiring, very highly esteemed as a servant, well acquainted with husbandry in all its modern improvements. He has had for several years the oversight of a corn mill, and is very capable of managing such a concern, so he is likely to prove an acquisition to any gentleman improving his estate.

He leaves us in comfortable circumstances, with his brother, James. But if a mysterious Providence should visit them with shipwreck or disaster, the British agent or Consul must afford them protection, and the humane may rest assured that they lend aid to the deserving.

Given in the name of the members, Trustees and Elders of this congregation,  Thomas Hall, minister

Crookham, County of Northumberland May 21, 1837

It had been transcribed from the original by a grandson of Thomas Mowatt.

Flash forward a few years to 1996, and my husband, son, and I were driving through Northumberland, England to Ford, the birth place of Thomas and which he had left with his wife and brother James and friends and neighbors on the Cornelius, headed for New Brunswick, Canada. Ford is a small village, but has a castle, a church, some homes- and a mill!

It turned out that the mill, restored and fully operational, is the same one where my ancestor worked- and that there has been a mill on this site since the 1300’s! There was a tour going on, and when we were approached by the person in charge, I showed him the transcribed document. He was thrilled- and introduced us all around as the Canadians who were descended from the local Mowatt family! Our status increased immensely!

I was not a photographer back then, but of course took many photos, and this one of the mill is a favorite. I had scanned the photo with a little portable scanner a few years ago so decided to make a little art piece with it for my photo class this week. I think my father would have been pleased- more with the photography than the genealogy!

I’ve been revisiting and editing older photos since we started staying at home during the “new normal”. I’m getting the itch to go out and shoot some new photos, but realize that for now any new photos will likely be limited to flowers, still life and maybe a hummingbird if I’m lucky.

I was so happy to find this image from last years stay at the lavender farm in New Mexico. I have a great love for photographing barns and silos and don’t get the opportunity too often. So actually staying on a lavender farm and having the time to wander around with my camera was heaven! 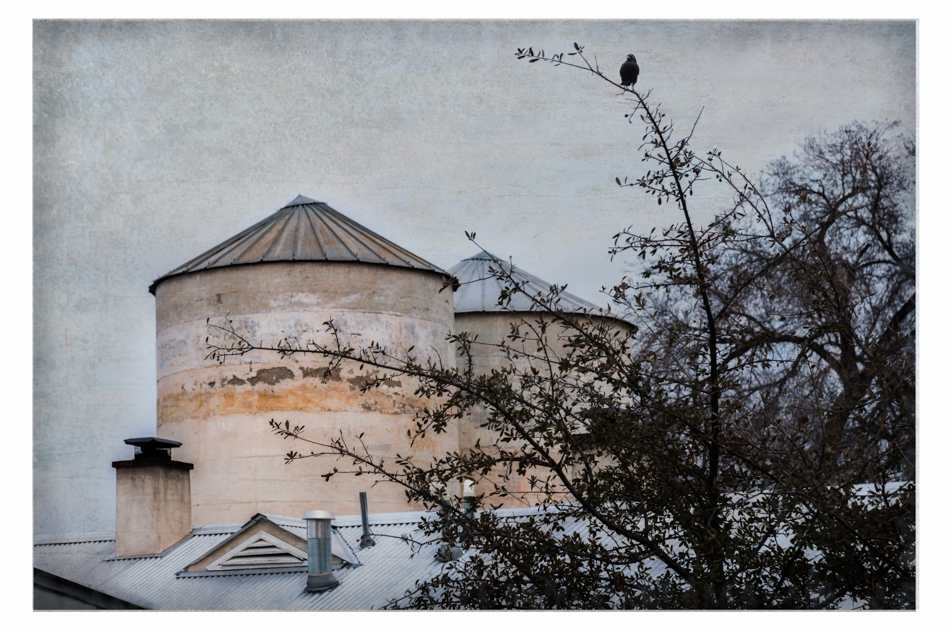 The light was beautiful as we took a drive by the lakes last evening. We stopped for a few quick iPhone shots of Willow Lake, and then headed home for some banana bread I had baked earlier. Our last instacart order had provided us with 5 bunches of bananas instead of 5 single bananas (I’m not complaining- we’re ALL frazzled…), and yesterday was the day they were ripe enough for baking and freezing. We now have an abundant supply of frozen bananas for smoothies, pancakes, and baking!

I have so many Bodie photos still to edit from our photo group’s trip last fall. I submitted the image below for this week’s virtual class. 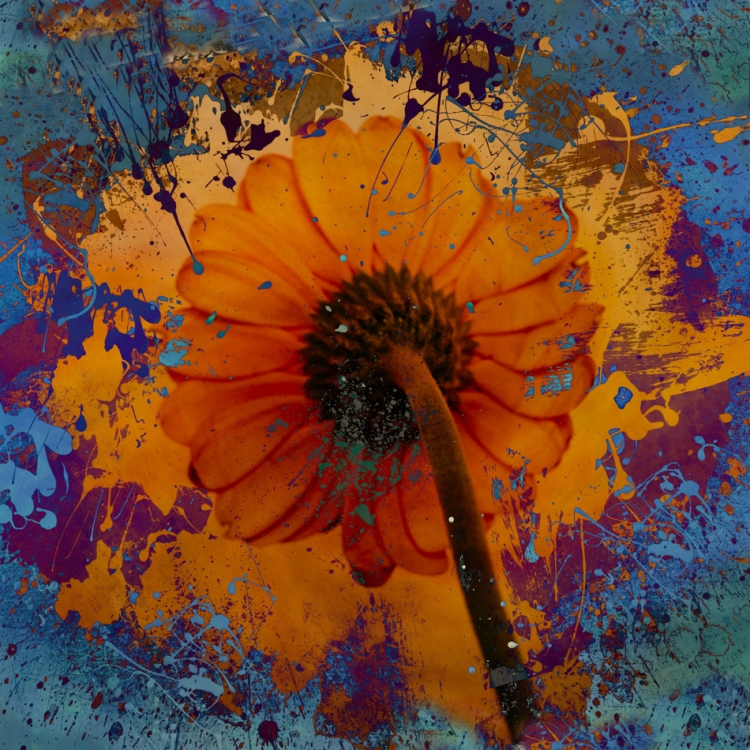 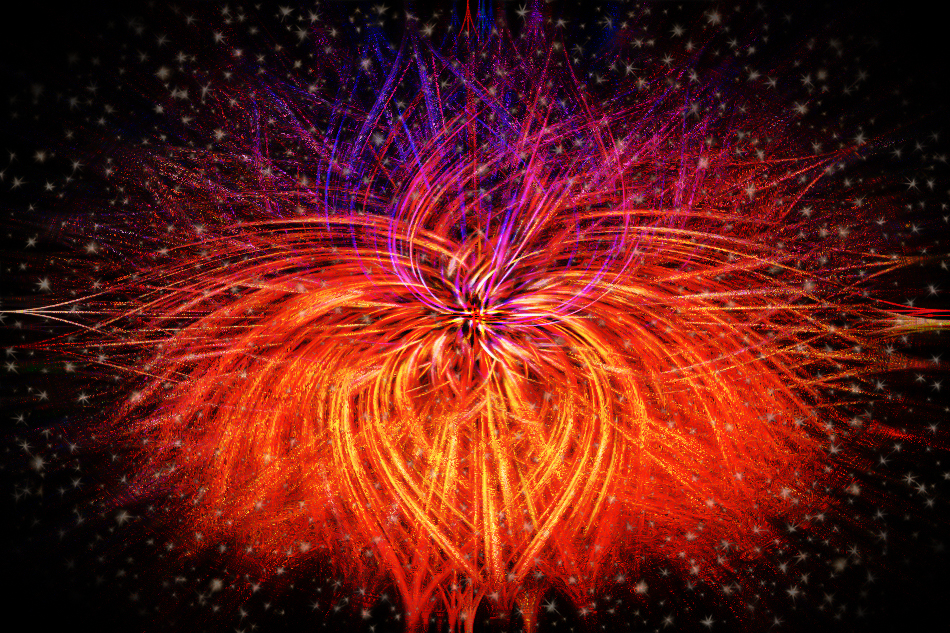 Last night as we were getting ready for our Easter dinner, I spotted a quail kind of hunkering down in a clay pot near the patio. I grabbed my camera and took a series of photos through the window as he fluffed his feathers to warm himself in the wind. When I looked through the resulting photos, I realized that he had gradually made himself fluffier during the quick photo session. My photographer friend, Carol, had recently informed me that a fat bird is called a BORB and a fluffy one a FLOOF. So my Easter quail had transformed himself from a borb to a borb that is also a floof in a matter of seconds- your Fun Facts for today!

This was a fairly mundane image, so I decided to try some creative edits to create an image to submit today to my photo group. I have been working on creating textures for the last few months, so I made a custom background for the quail, starting with a copy of the original image and adding a painted texture and a Topaz Impression chalk drawing filter. I finished it off with a clipping mask border, another skill I’m working on.