Sunday night we brought our folding chairs out to the driveway and watched the super “blood” moon eclipse. Besides being in awe of the beauty of this amazing phenomenon, we felt a great sense of connection with all the people everywhere who were also watching.
The moon looked so huge as it crept up over the hill across from us. The eclipse had begun a few minutes before we were able to see it rise.

The moon started disappearing as it rose.

And then it was almost gone. 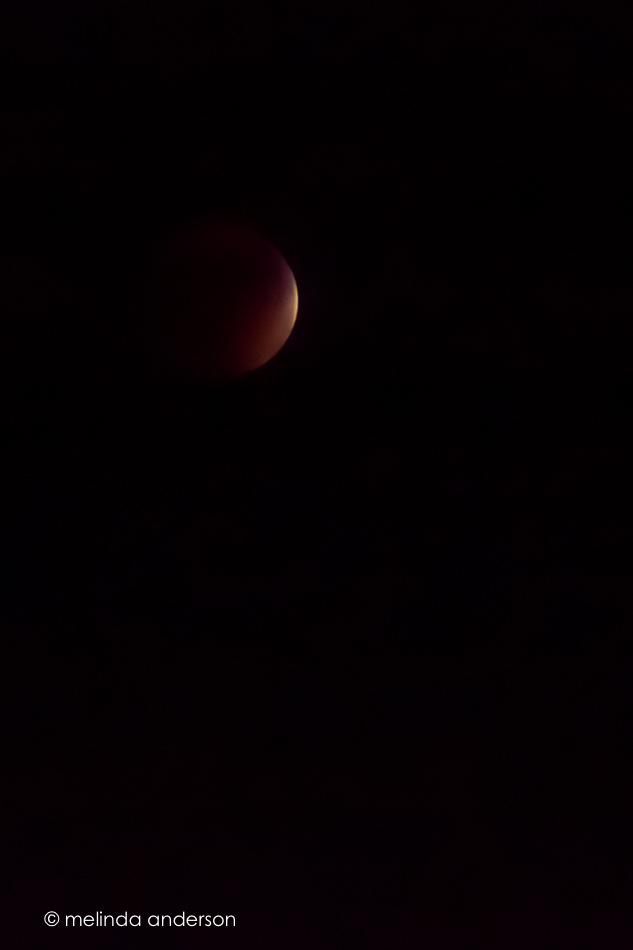 Last night the moon was beautiful too.  Moonrise was well after sunset (it was dark!), and we thought at first that there was a fire on the horizon- seriously!  You would think we would have realized it was the moon rising since we had been watching it the night before- but it was so orange and so bright against the night sky! We were only clueless for less than a minute, however, and then I was dashing into the house for my camera. 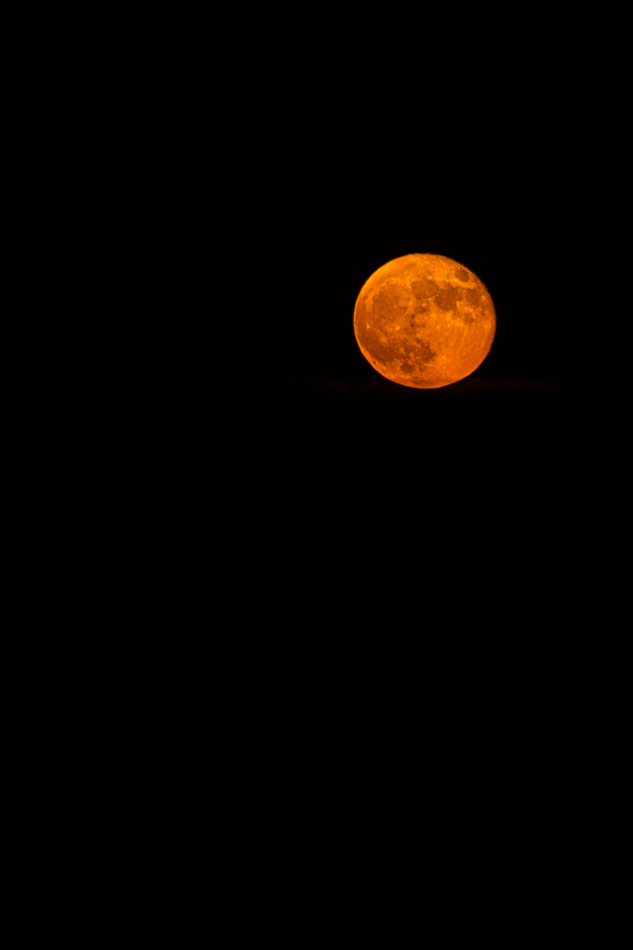