Persistence at Garden of the Gods

After leaving the plains of Kansas, we drove to Colorado, spending the night at Limon. We decided to get up early-ish (early for us, late for landscape photographers) the next morning to drive to Garden of the Gods in Colorado Springs before heading to Santa Fe.  We woke up to overcast skies and got to the park around 9:00 or 9:30.  Garden of the Gods is a public park with paved walkways among gorgeous red rock formations. It was relatively uncrowded, probably because it appeared that it would rain at any moment. We were both eager to see the iconic view of Pike’s Peak through the red rocks, but of course, you couldn’t see the mountains because of the clouds. I love the combination of gray clouds and red rocks, but I was really hoping to see Pike’s Peak!

After walking through the park for awhile and monitoring the skies in case we had to make a dash to the car, we finally decided a drive around the park might give us a glimpse of the mountains. We drove around, but all we saw were clouds and red rocks- and more clouds. But as we got out of the car to look at the Balancing Rock, we noticed that the skies were beginning to clear a bit.

We ate a quick snack at the Visitors Center, and then drove back into the park to see what we could see- and VOILA!

The above shot is of the same rocks and walkway (from a different angle) as the first one a couple hours earlier.

Lensbaby on the Road

I’ve been keeping my Lensbaby on my camera all the time, trying to get as much practice as possible.  When we are on a long road trip, we almost never stop for photos, so it has become my habit to take photos with my phone through the window as we drive along.  On this trip, I started using my big camera instead of my iPhone to take these photos.

One of the assignments in my Lensbaby class was to take photos of objects that are moving (using manual focus, the only way you CAN focus a lensbaby).  Although the subjects of my photos weren’t moving, the car certainly was! As we drove through eastern Colorado, I used the sweet35 optic to capture the scenery along the way.  My favorite photo is this landscape (I love the light), which is NOT in sharp focus. I used Topaz Simplify and some added textures to give it a painterly feel. 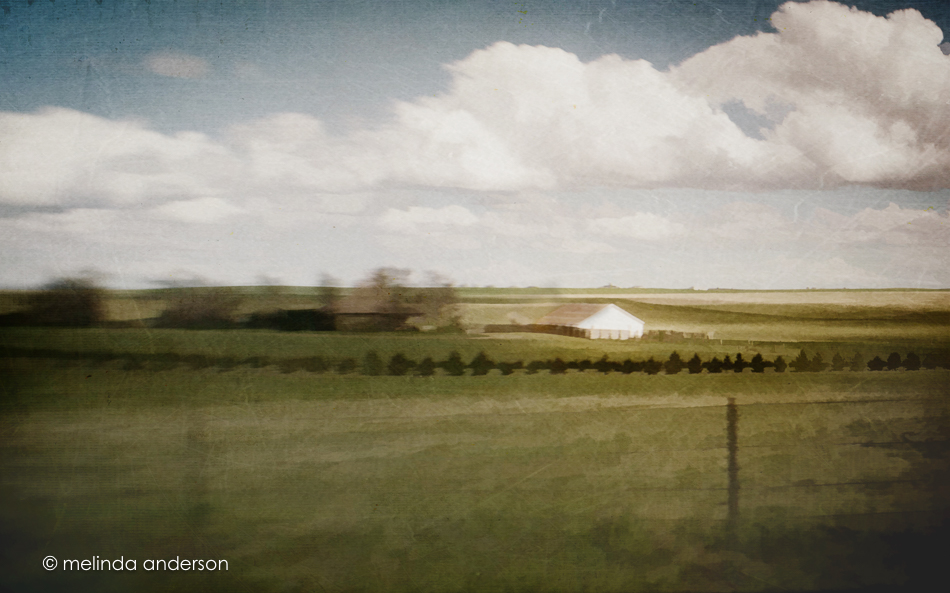 The next day, as we drove through the plains of western Kansas, I used the Edge 80 optic on my lensbaby, which I found fairly easy to focus at 60 plus mph.  The sky was very overcast and eventually gave way to heavy rain as we drove along. 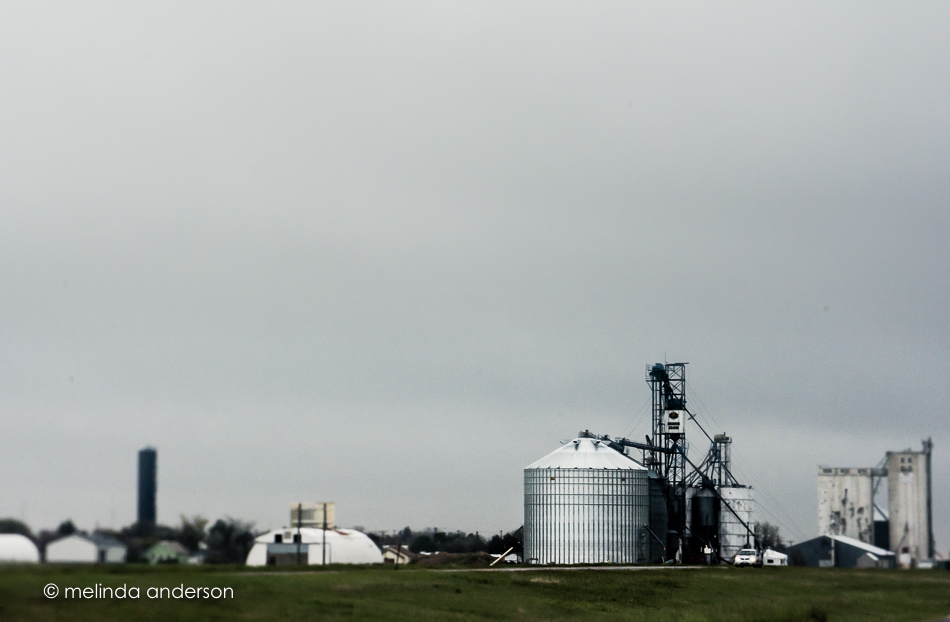 Lonnie knows I have a bit of an obsession with photographing grain silos and farms, so he actually took an exit so that I could take photographs of this one from the road instead of from a moving car!