We had a storm today. I mean- we had a STORM! To put it in perspective, this was NOT a hurricane- but it was similar to a very strong monsoon storm, though monsoon season is over. This afternoon at about 1:45, the rain started- and the thunder- and the lightning- and the hail- and finally the wind. I was just about to begin my genealogy meeting on ZOOM this afternoon, when the storm intensified, and a couple of the gals lost power and disappeared from the zoom screen. I had just started our check-in (where we talk about our genealogy progress since the last meeting), when our electricity went out. This was a problem for everyone, since I was the one doing the presentation and then playing a video! The storm continued, Lonnie got out flashlights (it was pretty dark), and I ran outside to capture cushions being tossed about by the wind. After about 15-20 minutes, to my surprise, our power came back on- though the storm continued.

I was able to go back on zoom, and my friends were still there waiting for the meeting to continue! All went on without incident, though it rained and thundered and blew outside.

After dinner, I went outside to our street, which was covered in mud that had washed down the hill from the house construction site across from us. This is a shot of the street below at sunset, after the rain and flooding had stopped. Everything is water-saturated, but the only sign of all the drama from earlier is the tipped-over porta-potty from the house construction down below. Normally, I would clone that out in Photoshop- but I chose to leave it as evidence of the crazy weather from this afternoon!

On Thanksgiving night, a huge storm blew in- and in the morning we woke up to this view from our front porch:

It continued to snow for most of the day, blanketing everything in 8-10 inches of the beautiful white stuff. It has been frustrating to not be steady enough on my feet yet to walk around with my camera in the snow- but on Saturday, we did take a drive around Prescott. I was able to capture some decent shots with my iPhone from the car or standing beside the car- and I’ll be posting those later.

It was a white world out there yesterday morning! I knew it was supposed to snow during the night (and then maybe rain later), so when I woke up at 5:00, I didn’t try to go back to sleep. I ventured outside before the sun came up- trying to take photos in the DARK (not too successfully)- and kept going out until it was light enough to shoot without a tripod. The photo below is an iPhone shot- just as good as my Nikon photos, I think. I added a few touches in Photoshop. 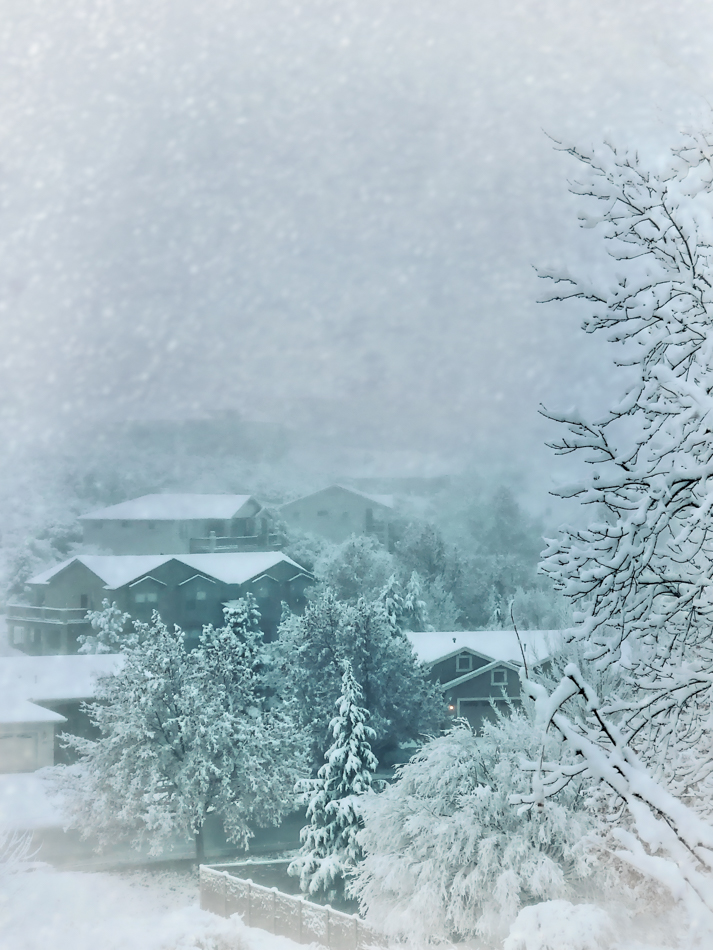 This morning I was out with my macro lens, trying to capture the early morning light on the flowers when I became aware of some movement across the street.

It was a javelina! 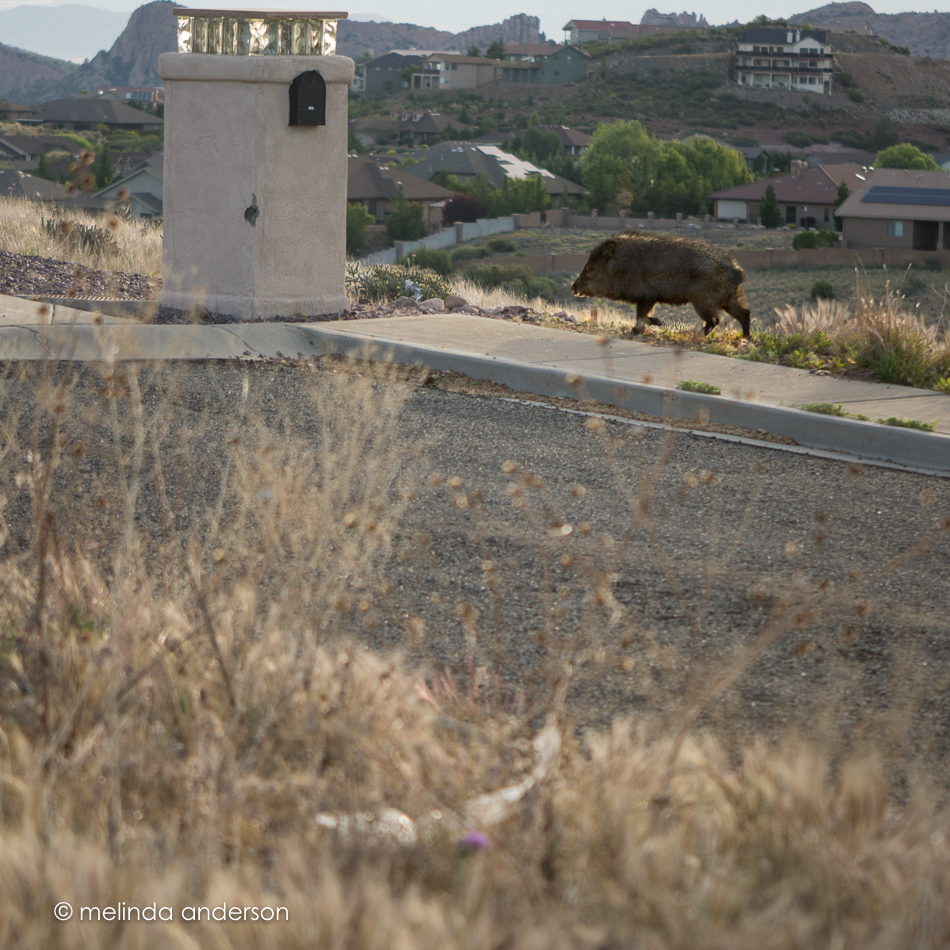 He seemed on a mission and continued up the hill and up the driveway of our neighbor’s house, where I lost sight of him.

We have lived here almost three years and, although herds of javelinas can be seen throughout Prescott, especially in early evening, we had never seen a javelina in our neighborhood until today. I know from neighbors that they are around, but they seem to avoid my camera. In fact, last month something rooted up all our bulbs in the front flower bed- and damaged some of the drip system. And now I have a potential suspect!

Unfortunately, my 80mm macro lens was on the camera, so I wasn’t able to zoom in on our visitor. The first two photos are cropped.

FYI, javelinas are collared peccaries, not boars or pigs.  They are usually in small herds or family groups and can be aggressive.