A couple months back I posted a shot of a little store we spotted when we were staying in Newport Beach. You may remember I mentioned that I envisioned an image where the store was placed right on the beach. Soon after I did just that, but wasn’t entirely satisfied and never printed the image for class.

I have been avoiding complicated editing of late, but really wanted something slightly more complex for my last image of the semester- which is due tomorrow. I remembered the shop on the beach, and decided to use that, rather than creating something new. I opened the image and realized that I had done a TERRIBLE job of selecting and placing the store onto the beach. A few weeks after I had edited the photo, our class re-watched some terrific videos on the “select and mask” tool in Photoshop, and my skills have improved since then.  Did I think to re-select the image to place on the beach? No! Instead I spent 4 hours with a sore arm cleaning it up and fixing it!

And then- the external hard drive sort of died.

Long story short- I got a new drive- and the old one miraculously came back to life after a day of angst and turmoil (which included realizing I had left my tripod in California- it’s been a stressful couple weeks!). I finally got the image back and saved it in three places. And a new tripod has been ordered. 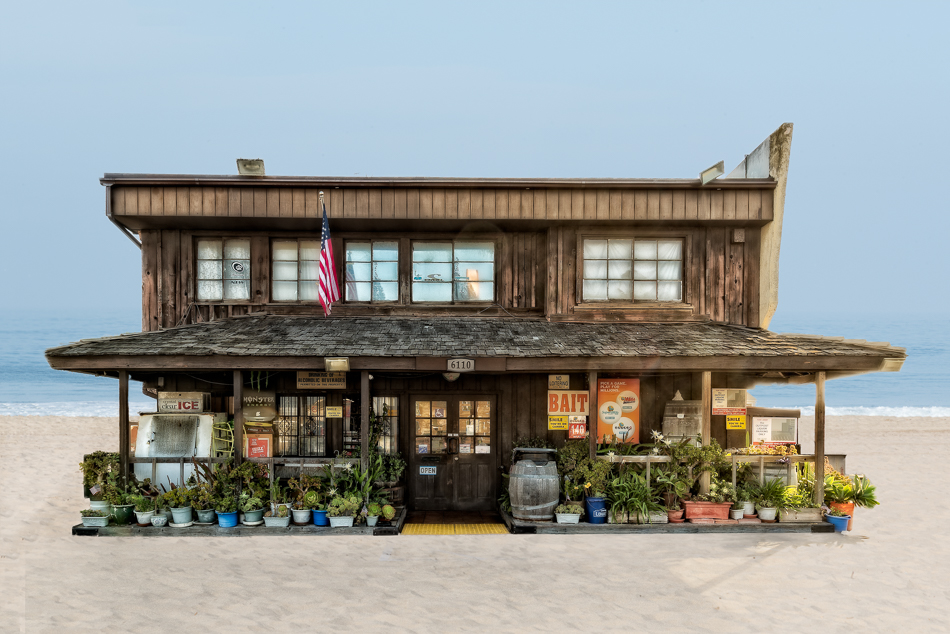