Another photo from our one day San Francisco visit: 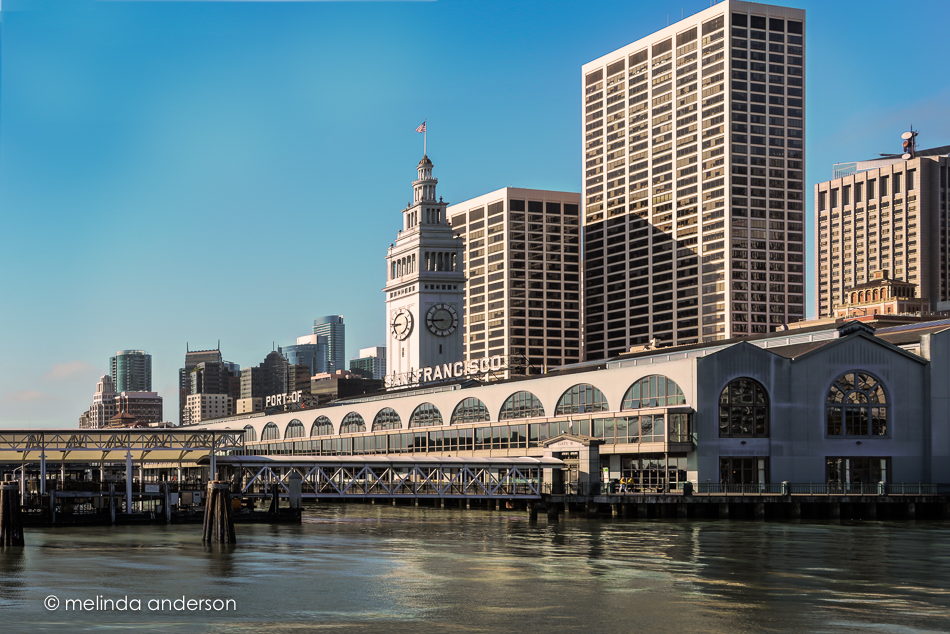 Here’s another view of San Francisco’s Ferry Building- looking up at the roof from the inside: 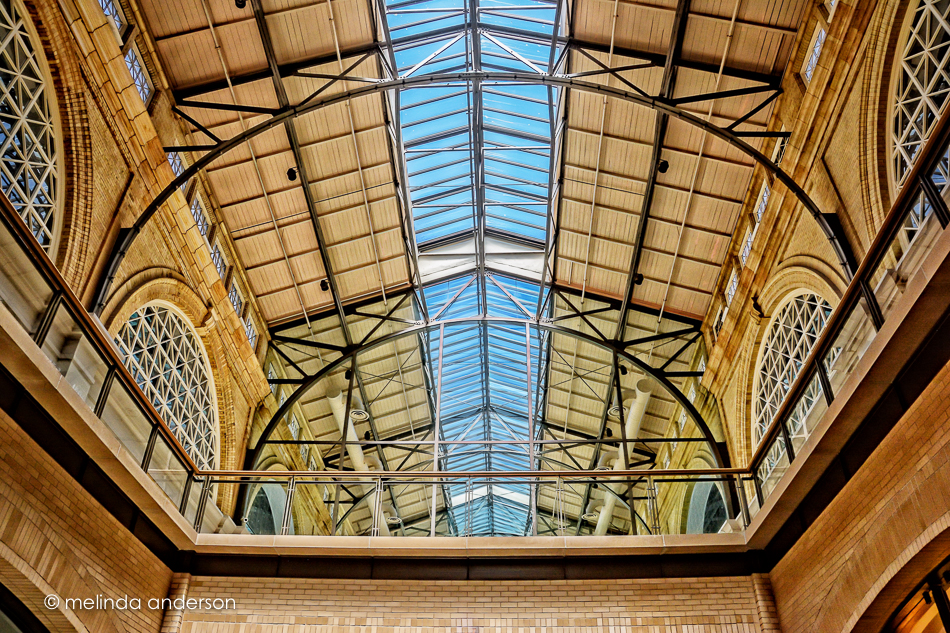 Floor with a View

My husband had a meeting in downtown San Francisco last week, so I accompanied him for a (very) quick getaway, which consisted of one day and two nights. My friend and photo buddy, Carol met us there, and she and I had a great time visiting and walking around the Embarcadero area with our cameras.

Lonnie went to get ice shortly after we arrived, and informed me that he had found THE shot- and it was right down the hall.

THIS is what he found when he looked out the window at the end of the hall:

We were on the sixteenth floor, right across from the Ferry Building and the Bay Bridge! Yes- a great view indeed! Carol had mentioned that she wanted to do some night photography, so I was happy that the perfect view had been found- right down the hall- even though it meant shooting through glass.

Carol had brought an extra tripod for me (one of her old ones, which is exactly like mine), so we set up at the window the next night for some fun night photography.  Trying to lean the tripod with camera attached flat against the glass and keep it there without slipping, in order to prevent reflections of the hallway lights during long exposures, was a challenge for me!  I managed to take a dozen or so shots- and most had reflections and less than tack sharp focus. The above photo is one of the better ones (but I did have to clone out some reflections).

A beautiful city by day- and equally beautiful at night!