When we were in San Francisco, I found the little water taxis very appealing and cartoon-like, so I made some adjustments in Photoshop and Topaz Simplify to accentuate these qualities. 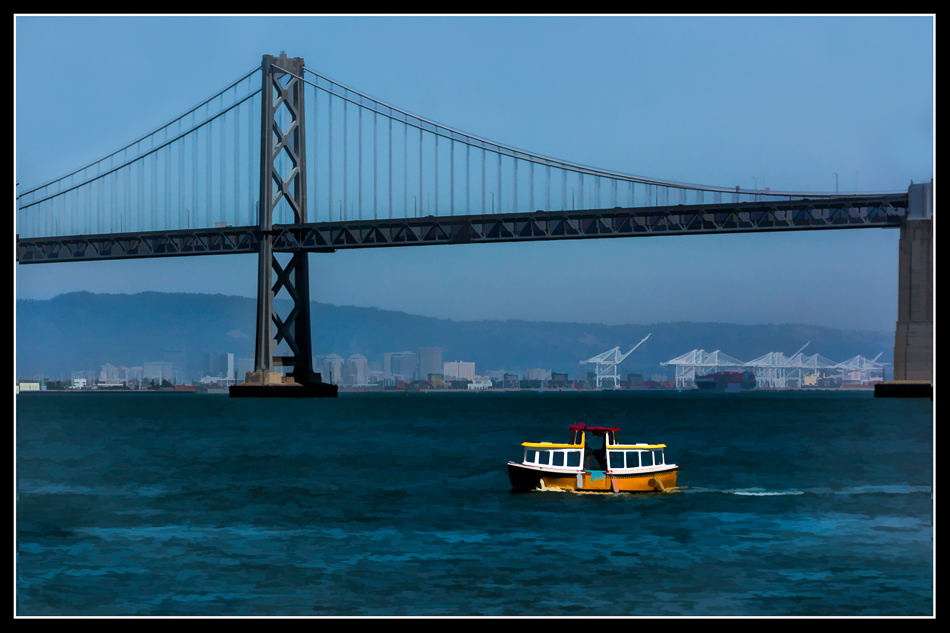 Life in a Christmas Card

When I woke up this morning, our neighborhood looked like a Christmas card.  As a California transplant who has never lived in snow until the last couple years, I am enchanted by the transformation that takes places overnight. It snowed here a week ago, and parts of town were still covered- but we only had snow left in patches until this morning.  I put on my boots and went out with my warm jacket over my PJ’s and took some photos with my Nikon- but my favorite shot has to be this iPhone panorama.

I did a quick HDR edit in Snapseed and posted it to Facebook.  As usual, I couldn’t leave well enough alone, so brought it into Lightroom for some brightening and noise reduction. I then took it into Photoshop and applied some Topaz filters. First, I used Simplify to create more of a painterly look- and then Texture Effects, where I did a “from scratch” edit to bring in a texture that made it look like it was snowing.

And now it really does look like we live in a Christmas card!

It is highly unlikely that we will have a white Christmas, but we are certainly enjoying the pre-Christmas snow! 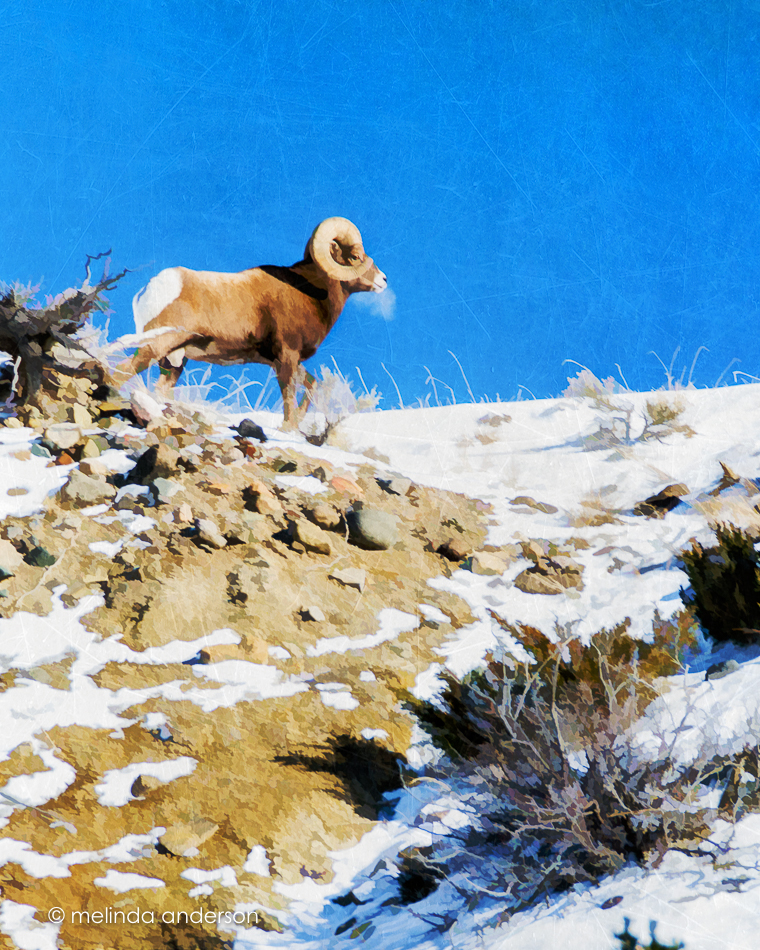 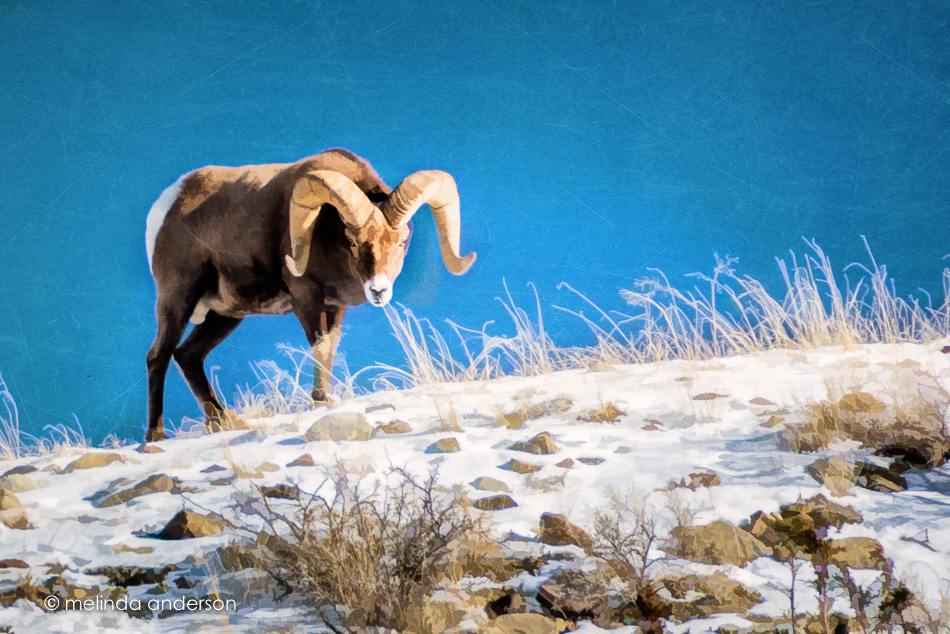 I had fun with some creative edits on the above two shots using Topaz Simplify and textures.

The one below is probably my favorite edit. I used both Topaz Simplify and Impression, as well as textures. I desaturated the bright blue sky to create a monochromatic look, which is more pleasing to my eye.

And here is an edit of my sheep image from last Thursday’s post with a similar edit.

I’ve always loved front porches. We had a good sized one in the house I grew up in, but we never sat on it.  I finally have a front porch in our current house (just a slab, but it does the trick), where we sit and watch lightning storms and … sometimes … snowflakes!

This front porch caught my eye when we were picnicking at a Sonoma County winery with our friends, Georgia and Jerry in August.  I loved the blue bench as background for the yellow flowers- and then there was just something about the watering can by the screen door!  I played with these images a bit using Topaz Simplify and some textures. 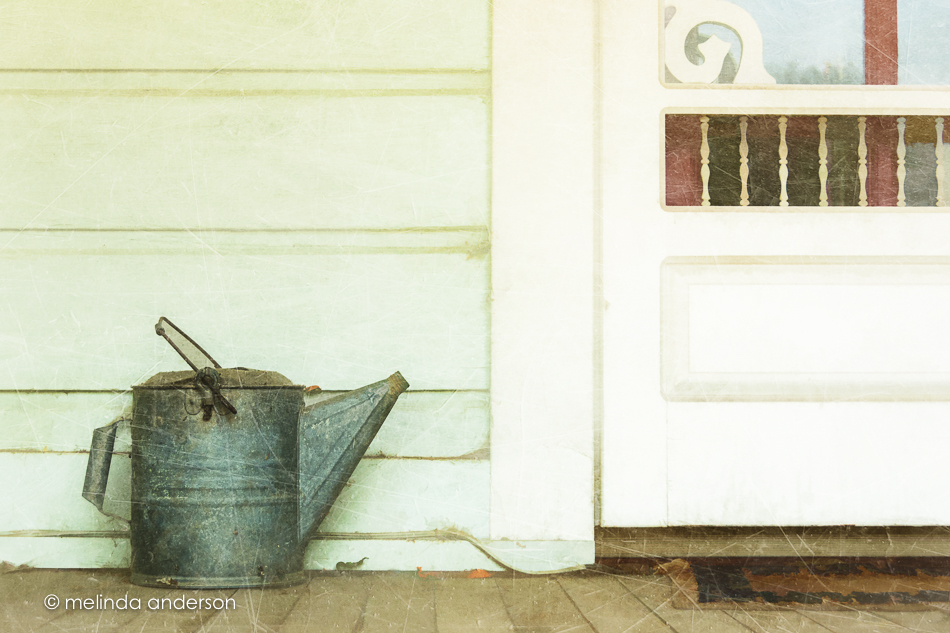 When we were walking at the lake a week ago, I was captivated by the green of this tree, which contrasted with the darker trees bordering the lake. It was hard to photograph because I could only see it through branches- so I didn’t.  But I saw it again on our way back- with a little girl under it- and knew I had to try.  I was already envisioning it as a painterly image.  I took the resulting photo into Lightroom and then Photoshop for some cloning work. Then, I used Topaz Simplify to remove details and give it a bit of a watercolor look.  I blended it with the original image, bringing back some detail- and finished it off with some textures. Playing with images is part of what keeps stress out of my life- and it’s so much fun!

Nine miles south of Tucson, on the Tohono O’odham reservation sits the beautiful Mission San Xavier del Bac, an incredible structure constructed in 1797, with the mission itself dating back to 1692. It is undergoing repair and reconstruction, as you can see from the photos.

I had to wait patiently for tourists to move so that I could have a clear view of the building.  It amused me how people would walk toward me and my tripod, looking straight at me and then turn, still standing in front of me, and take cell phone photos.  I started thinking about how to clone them out in post processing.  Finally, I took some shots with only a few people in the photo, and we went inside to tour the building.

When we came out, Lonnie noticed that the front of the building was clear, so I raced back to the car to get my tripod and set up again. 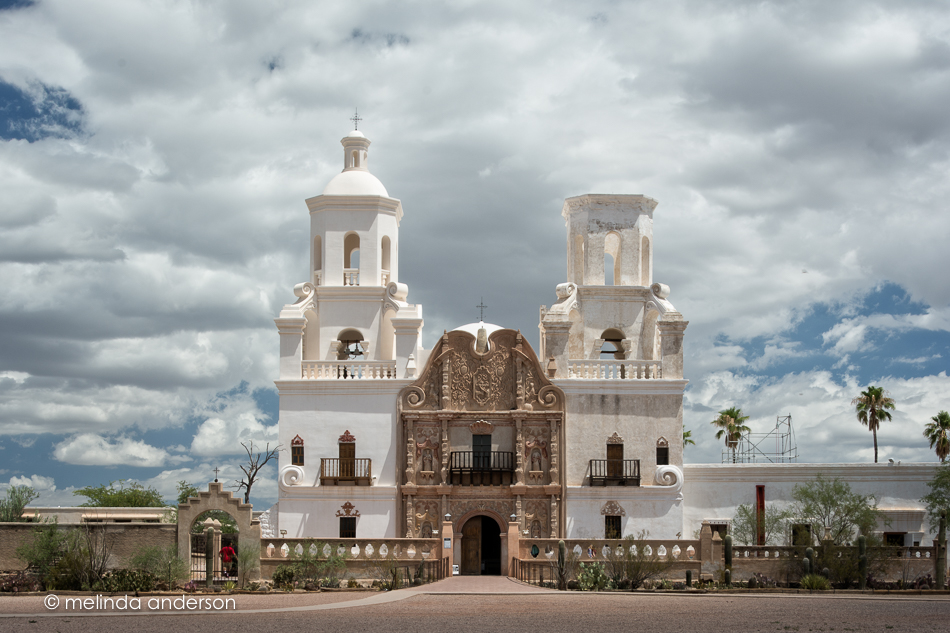 I like the photo below too, because of the foursome walking toward the mission. 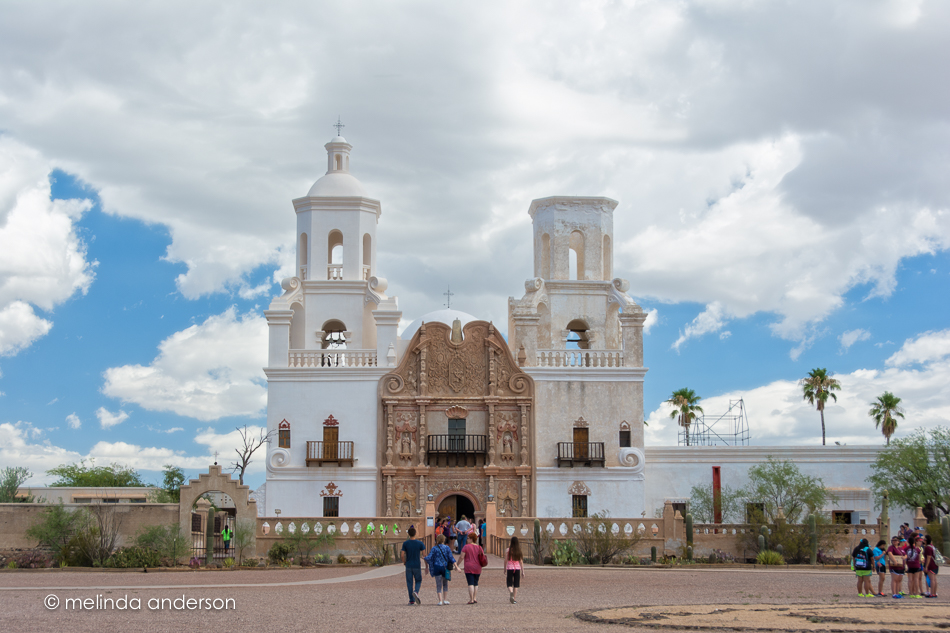 The image below has the completed tower in the foreground, the incomplete behind.  Edited with Topaz Simplify and Flypaper textures.

I took my camera along to the cemetery when we attended my father-in-law’s graveside service last month, with the intention of getting some family group shots. There was a short service with military honors, and my husband was presented with the flag.  It was a very emotional moment. When my husband got up to leave, he walked in front of me and paused at the casket. The photographer in me couldn’t resist reaching for the camera and snapping one quick shot.

Unfortunately, the autofocus on the camera had been turned off, because I had been using the Lensbaby previously- and, although this photo was in pretty good focus, all subsequent photos were out of focus until I realized what was going on- arrgghhh!  I edited this one with Topaz Simplify and added some textures in Photoshop.