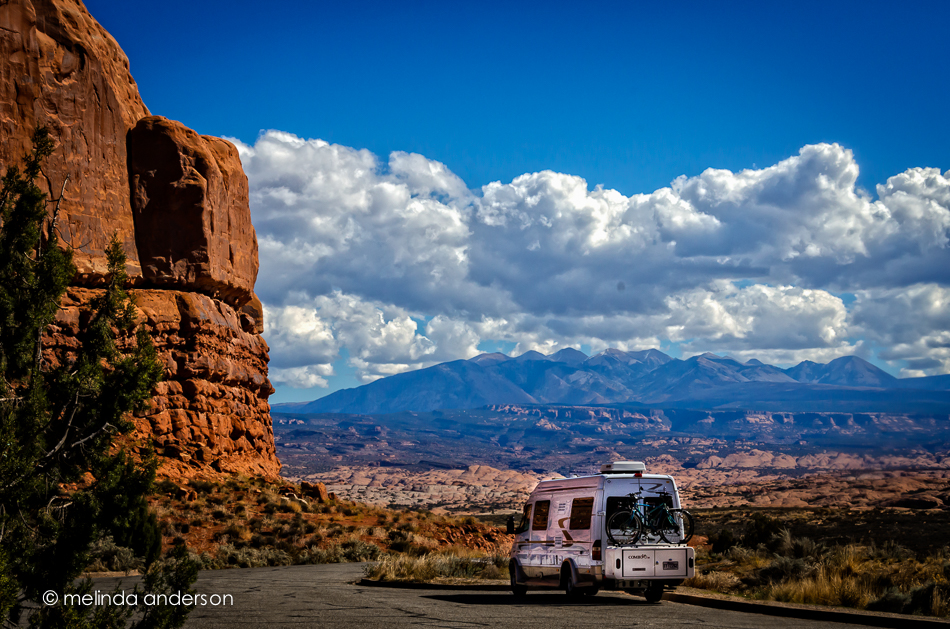 We have just returned from our 11 day road trip, during which we managed to drive through 7 states: Arizona, New Mexico, Texas, Oklahoma, Kansas, Colorado, and Utah.  Another relevant stat: we have only been home 5 days in October so far.  I am pretty tired, even though I did none of the driving.

I didn’t think that I would do a ton of photography this trip, except for some family photos in Kansas and some shots of the fall foliage in Vail- and random shots along the way. Although I was very busy and actually had two days where the camera was not brought out (almost unheard of in my life), I had some fantastic photo ops- including during an unplanned brief sojourn in Utah!  I have lots of photos to cull and edit, and you will be seeing many of them over the next week or so.

That’s Arches National Park in the photo- and no, that’s not our car. 🙂

This entry was posted on October 22, 2014 by Melinda. It was filed under travel .