Last week we spent an hour or so at Willow Lake one morning, just hanging out and watching the birds- AND we were the only people there! We were on the lookout for sandhill cranes which have been photographed over there recently. I think I spotted one flying, but didn’t grab the binoculars or camera in time, unfortunately. Although I’ve seen them in the air and at a distance several times since I started doing photography, I’ve never been close enough to get good photos. At one point, I was able to get two herons and one egret in my frame as they were busily looking for food. Toward the end of our time at the lake, one of the herons flew over to a little island, and I was able to get this photo of him taking a break from fishing. 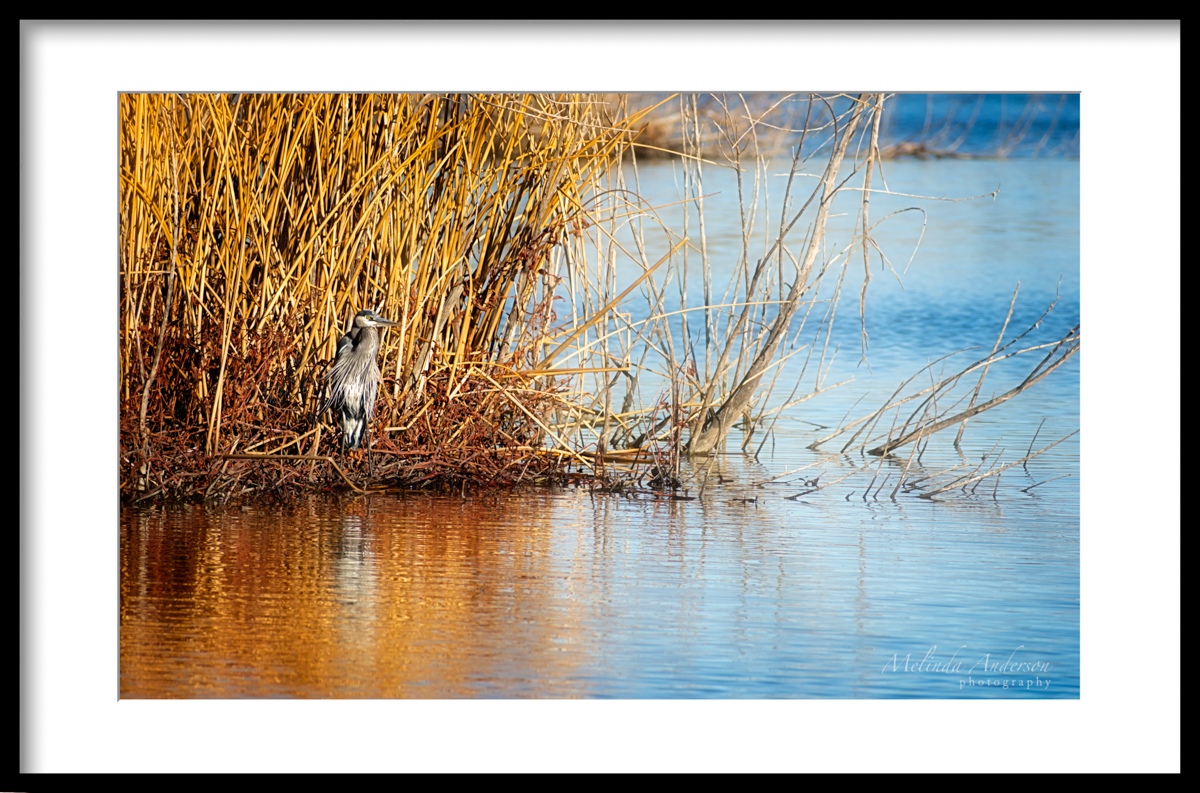