A Dog on the Path

There is a really nice area in Oak Creek Canyon that we are usually never able to get into, but, on our way to Flagstaff two weeks ago, we were thrilled to see that traffic was not backed up along the road and that there were parking spaces available in the lot. We didn’t have a lot of time, but we were able to walk along the path for about a half hour or so. The leaves were just beginning to turn, and the overcast skies certainly contributed to the feeling that autumn had arrived.

After we crossed a walking bridge, we encountered a cute dog and his family, and I thought his white and black coat made a nice contrast to the orange, brown, and green fall scene.

And just because I can, here is the same photo with some painterly effects added.

My daughter, Caitlin had all sorts of wonderful gourds on the Thanksgiving table. In a brief moment of downtime, I thought to try a bit of still life photography.

This is what I got. 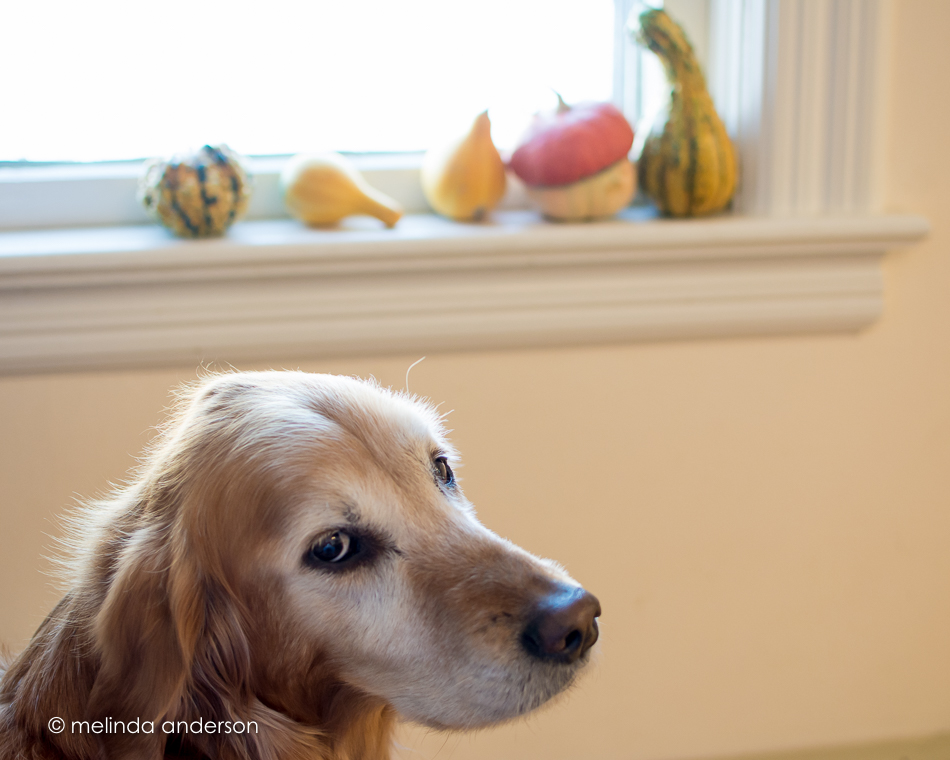 This is Callie the 8 year old golden, who wants nothing more than to sit with her head in your lap (although she is also a fan of swimming and chasing bunnies).  I ended up putting down the camera and giving her some attention.

It’s often hard to capture a portrait of a puppy who is in constant motion.  In this case, I waited until she was tired and had her sit by the kitchen door.  She fell asleep within 3 minutes of this photo being taken.