An Umbrella, A Spoon, Some Music, and a Tornado

Such a fun adventure we had yesterday in Sedona! We drove over in the middle of the afternoon and had a great time wandering around and checking out the galleries and shops at Tlaquepaque Arts & Crafts Village. We enjoyed a fabulous dinner at El Rincon, where, to the amusement of our waitress, I couldn’t resist photographing the reflection of the little white lights on the overhead umbrella on my spoon. 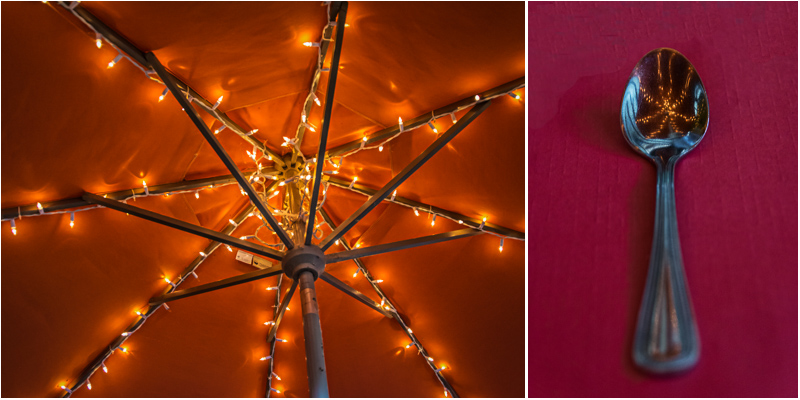 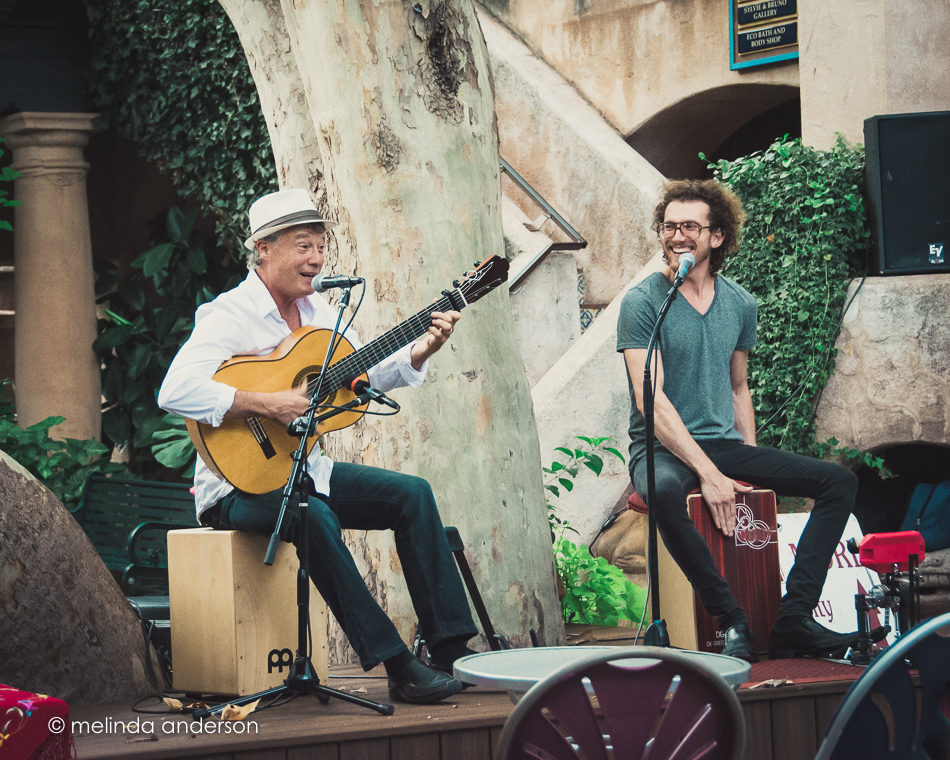 During dinner, Lonnie was googling best places for sunset photography in Sedona, so we ended up on an overlook on Airport Road. The wind had kicked up, and it was threatening rain, making for dramatic clouds. 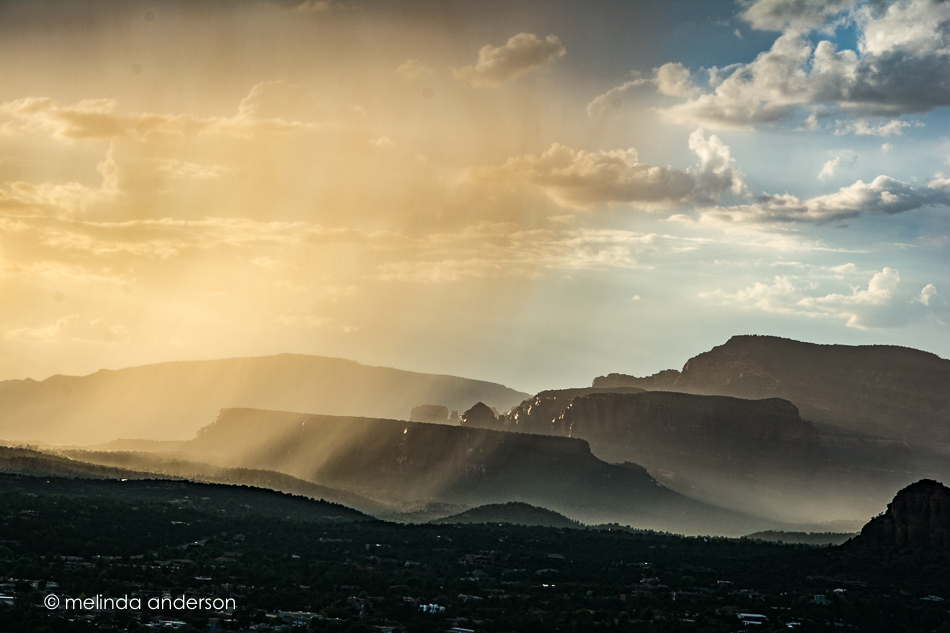 After we walked across the road and began setting up, I realized I didn’t have my cable release, so I walked back to the car and lugged my whole camera bag back across the road to where my tripod was set up. Lonnie and Carol were busy photographing the scene while I got set up again. What I didn’t realize was that they were photographing a tornado forming! I continued taking photos of the rocks, oblivious to what they were seeing. Fortunately, I have a few shots at the end of the event- although I didn’t know what I was shooting.  It wasn’t until we got home and they started talking about the tornado, that I realized what I had missed! You can check out Carol’s magnificent twister photos at http://infocusdaily.com 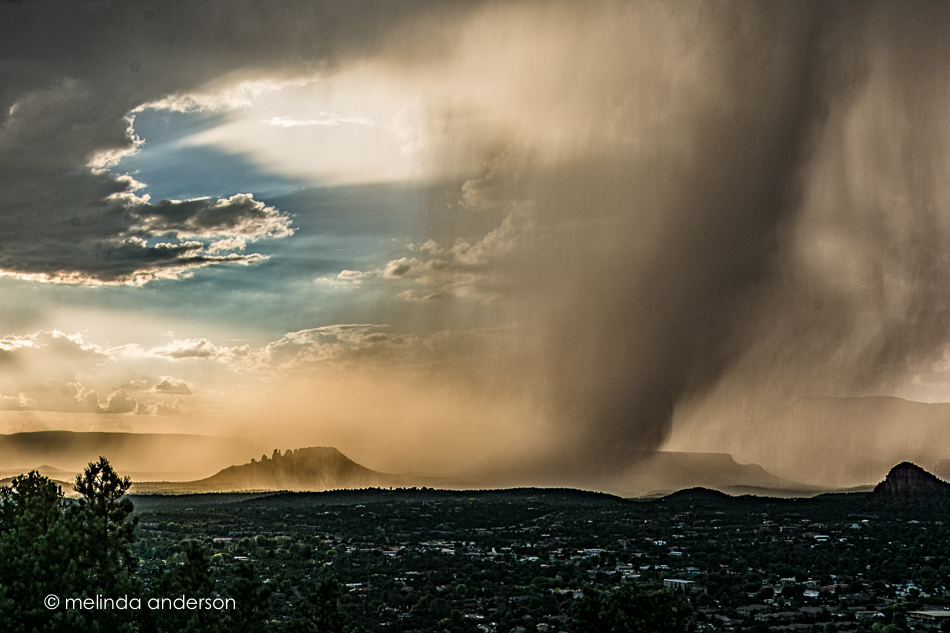 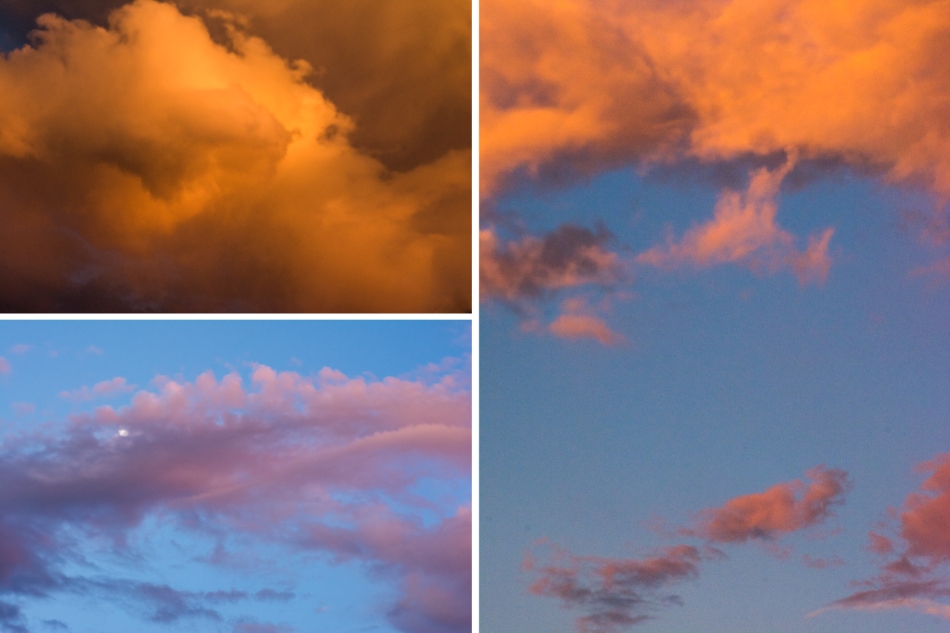 Last night’s sky called me outside at sunset. Looking out the window, I saw everything bathed in a warm glow . There were pink and orange clouds, the moon was peeking through wispy clouds, and there was thunder and lightning in the distance.  I had my Lensbaby with Edge 80 attached (a very zoomed in focal length for my crop sensor camera), but, knowing how quickly the light changes at this time of day, I didn’t dare stop to change lenses.  I have no images that capture the panoramic view of these majestic clouds across the sky.  I know, I know- I should have used my iPhone. . .

I still have photos I haven’t posted from Santa Fe!  Here are two Lensbaby shots taken during the golden hour of this magnificent building by the square. 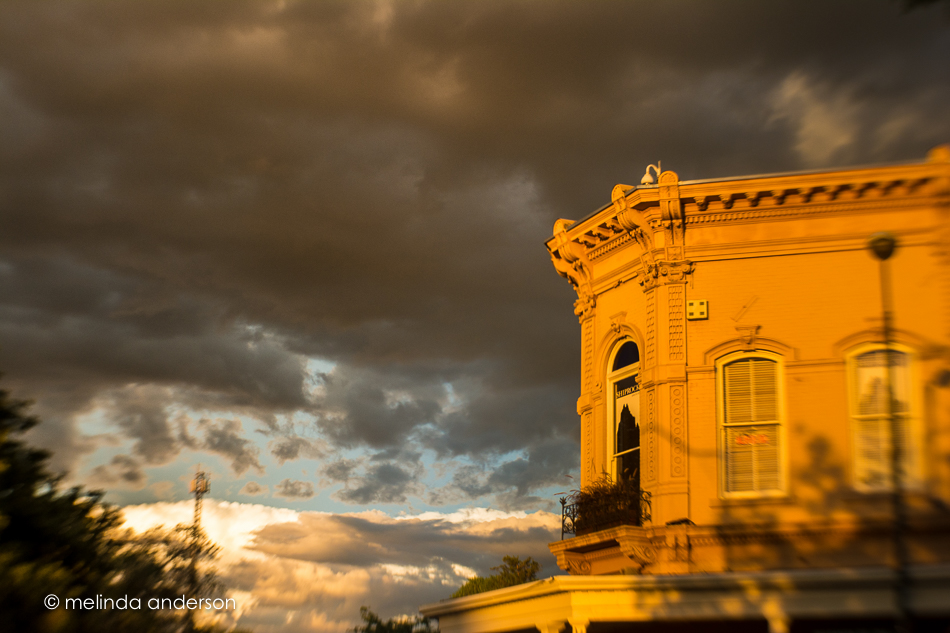 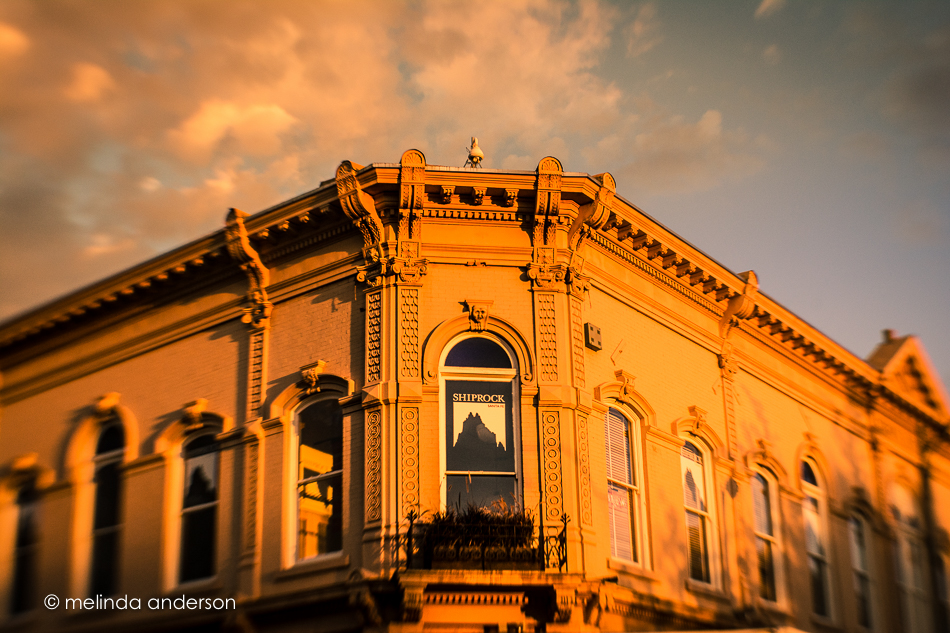 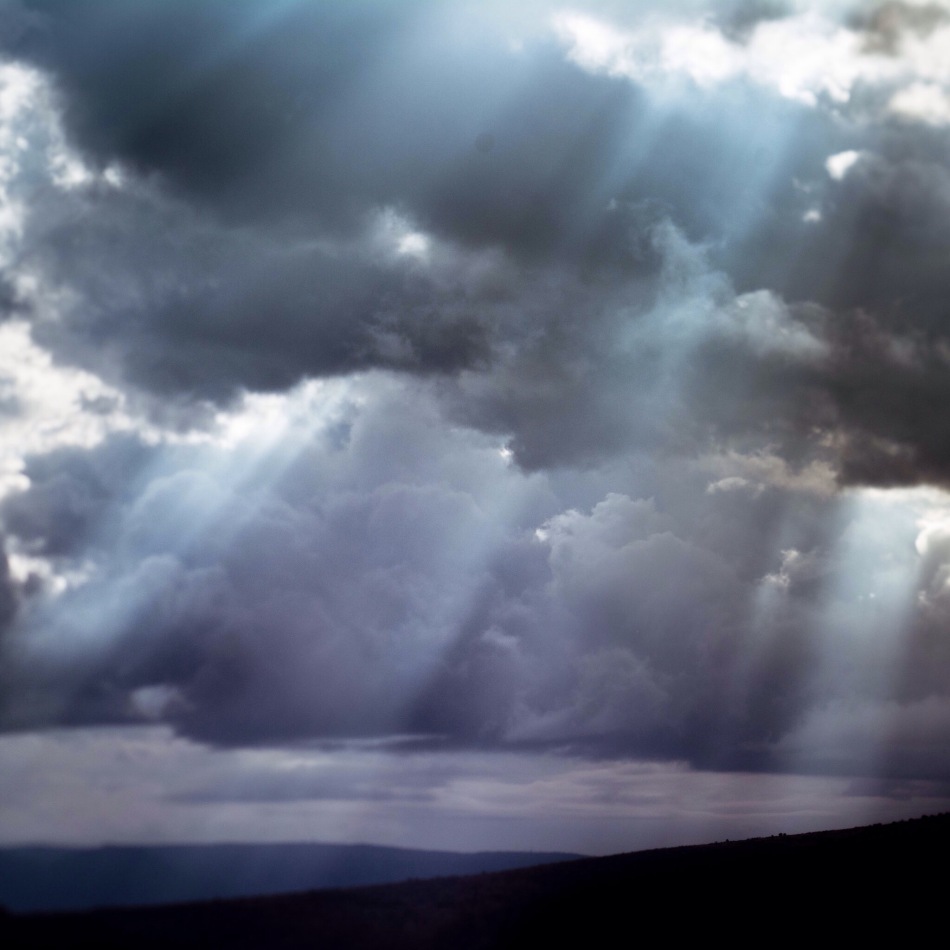 and then the beautiful morning light- a good day for photography! 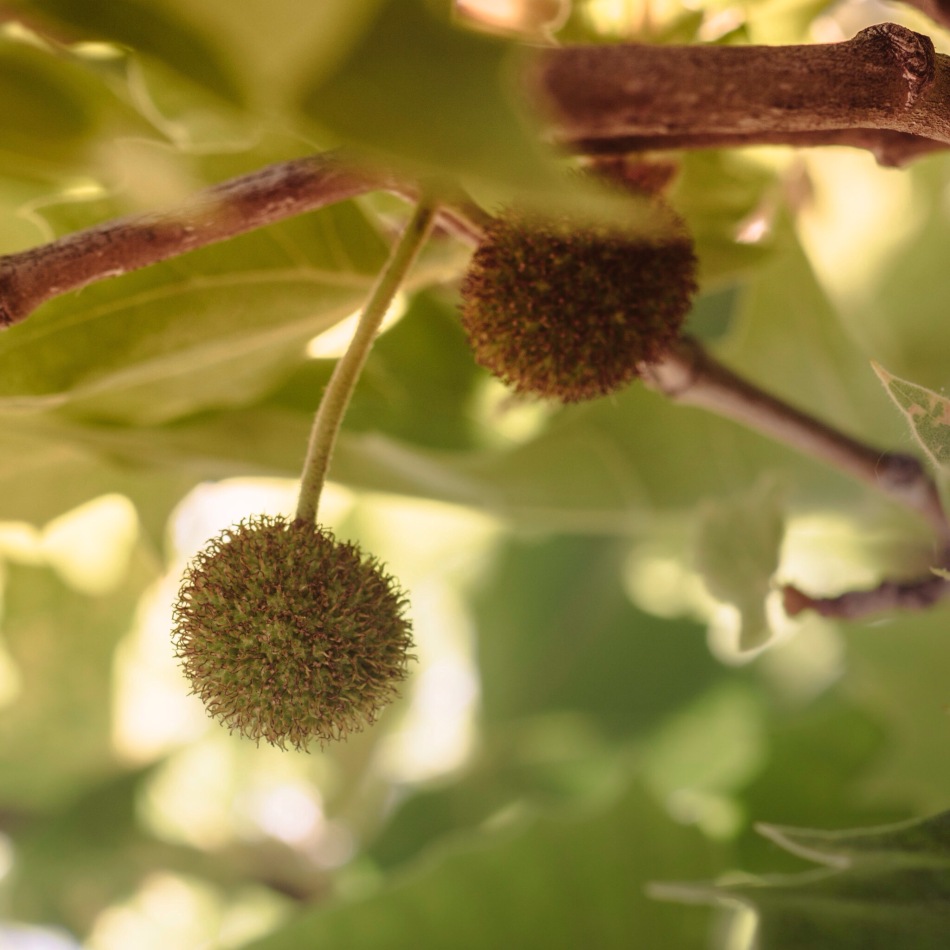 Have a wonderful day!

Persistence at Garden of the Gods

After leaving the plains of Kansas, we drove to Colorado, spending the night at Limon. We decided to get up early-ish (early for us, late for landscape photographers) the next morning to drive to Garden of the Gods in Colorado Springs before heading to Santa Fe.  We woke up to overcast skies and got to the park around 9:00 or 9:30.  Garden of the Gods is a public park with paved walkways among gorgeous red rock formations. It was relatively uncrowded, probably because it appeared that it would rain at any moment. We were both eager to see the iconic view of Pike’s Peak through the red rocks, but of course, you couldn’t see the mountains because of the clouds. I love the combination of gray clouds and red rocks, but I was really hoping to see Pike’s Peak! 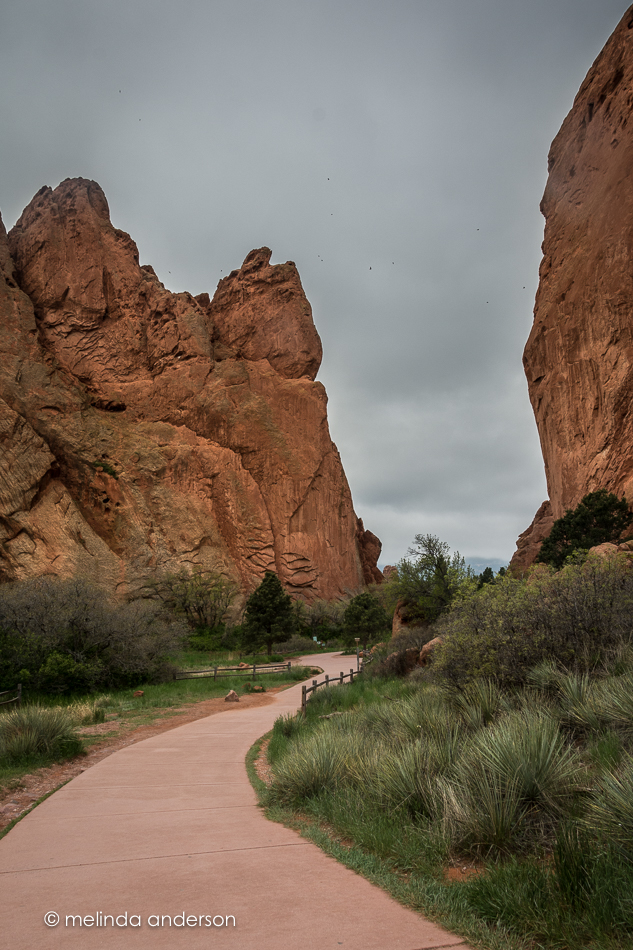 After walking through the park for awhile and monitoring the skies in case we had to make a dash to the car, we finally decided a drive around the park might give us a glimpse of the mountains. We drove around, but all we saw were clouds and red rocks- and more clouds. But as we got out of the car to look at the Balancing Rock, we noticed that the skies were beginning to clear a bit. 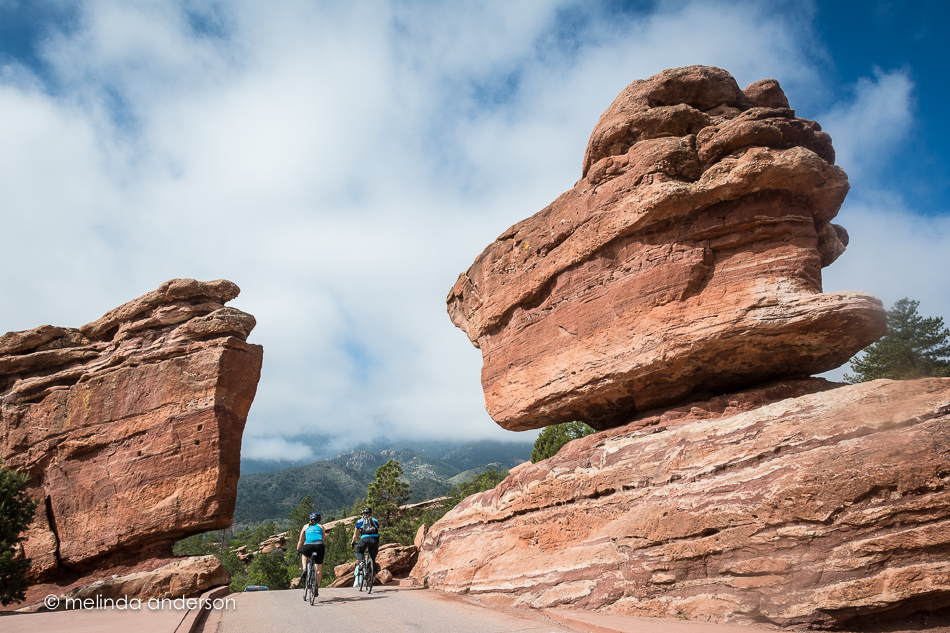 We ate a quick snack at the Visitors Center, and then drove back into the park to see what we could see- and VOILA! 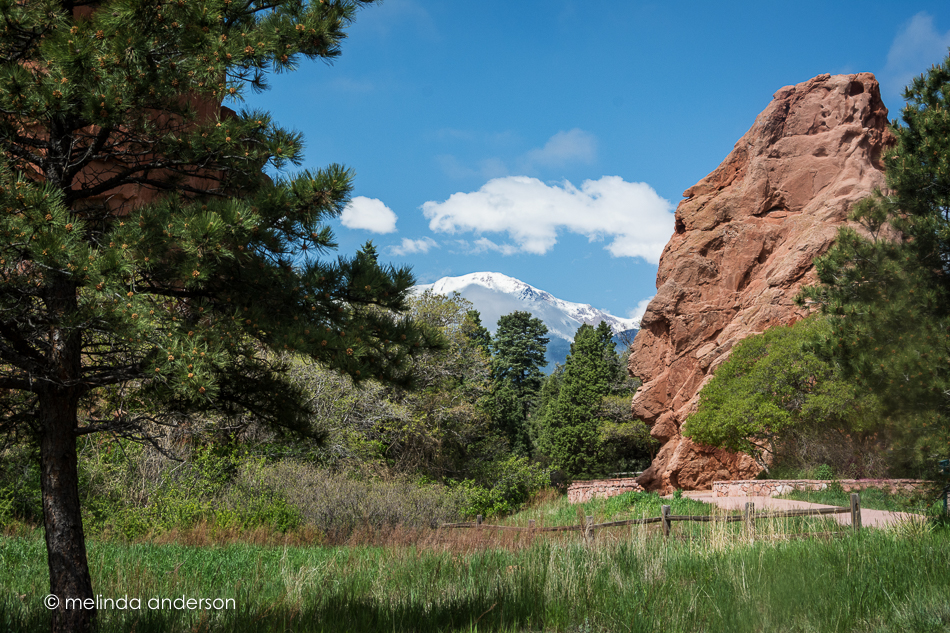 The above shot is of the same rocks and walkway (from a different angle) as the first one a couple hours earlier. 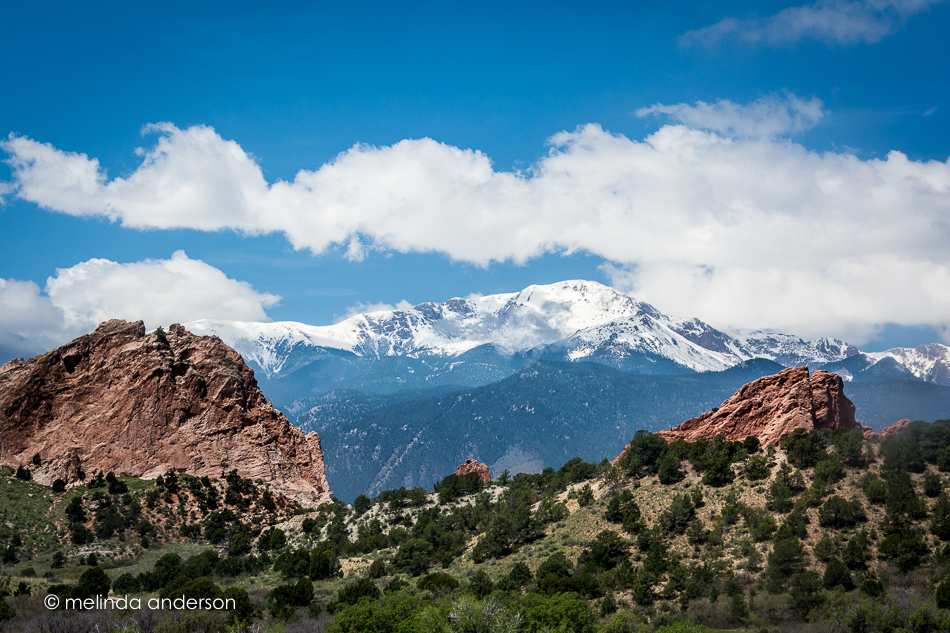 We are home now, after a LOOOOONG drive through Kansas, Colorado, and New Mexico and a day off to celebrate my birthday in Santa Fe.  There are a lot of photos to go through- especially from Santa Fe, where I tried to take enough photos with my Lensbaby to satisfy the photo essay requirement for the last week of the class (even though I’m not a full participant and won’t be evaluated).

So today, I again celebrate the flat horizons and vast expanses of Kansas with these minimalist shots, both taken with the Edge 80 optic. 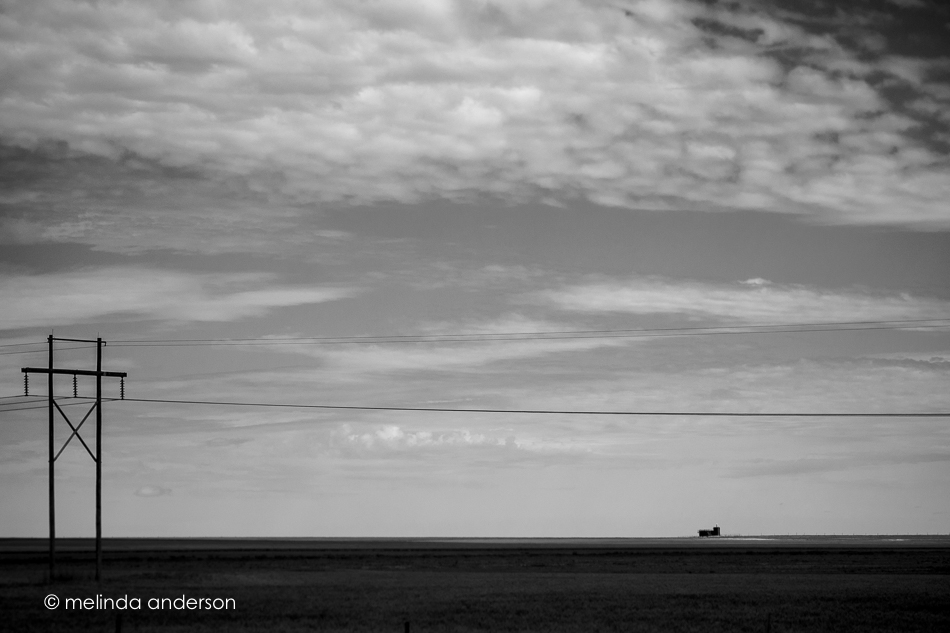 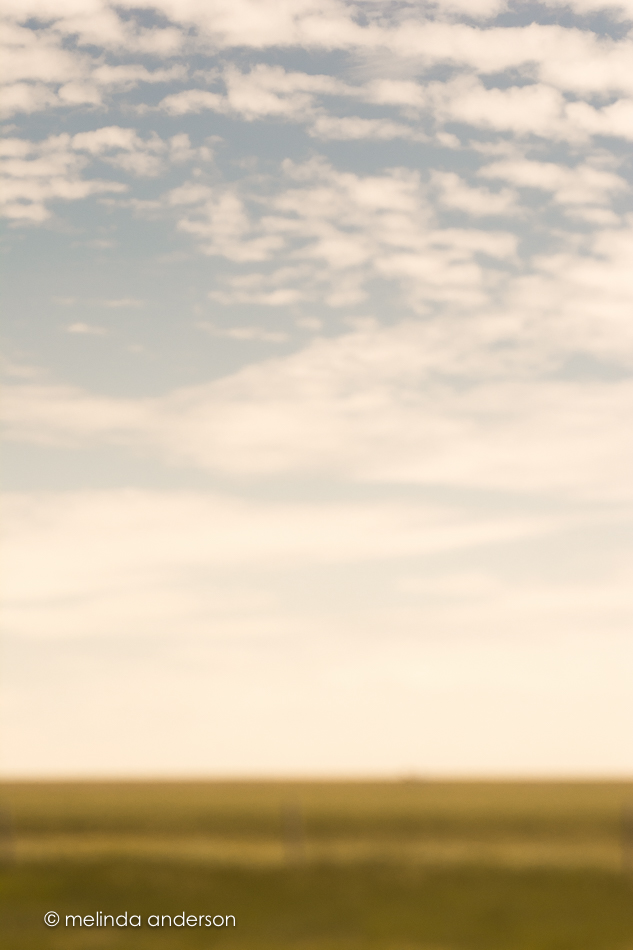