Hurray for rainy days- the first in a LONG time!  I doubt we have had an inch, but I know we need it.  The theme for yesterday was water, so I went out with the intention of capturing some raindrops on flowers.

Raindrops on a geranium bud

I got distracted by the stamens on my azalea blossoms and ended up focusing on them rather than the water drops. 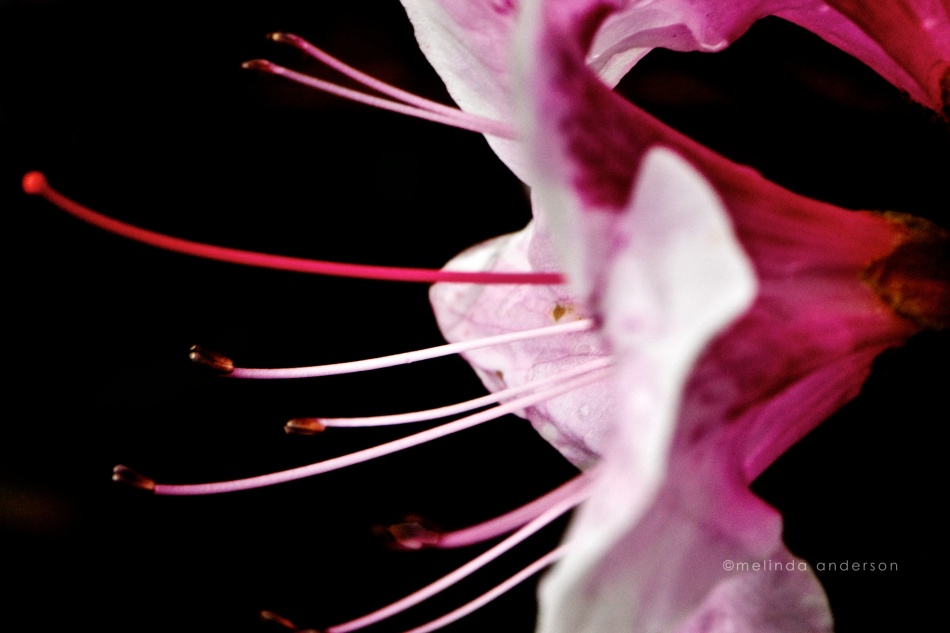 I submitted yesterday’s blackberry photo to my Flickr critique group for the topic, negative space. It was criticized for not having enough negative space, for the negative space being white, for not showing the whole berry, and for having a shallow depth of field (which was a deliberate choice I made for that image).

I went back and found this photo from yesterday which I do like, except I don’t like the shape of the berry.  I submitted this one to the group- the jury is still out. . .

This entry was posted on February 7, 2012 by Melinda. It was filed under flowers, food, macro .