One of my most treasured possessions is a quilt presented to me by my mother on the occasion of our marriage in 1971. 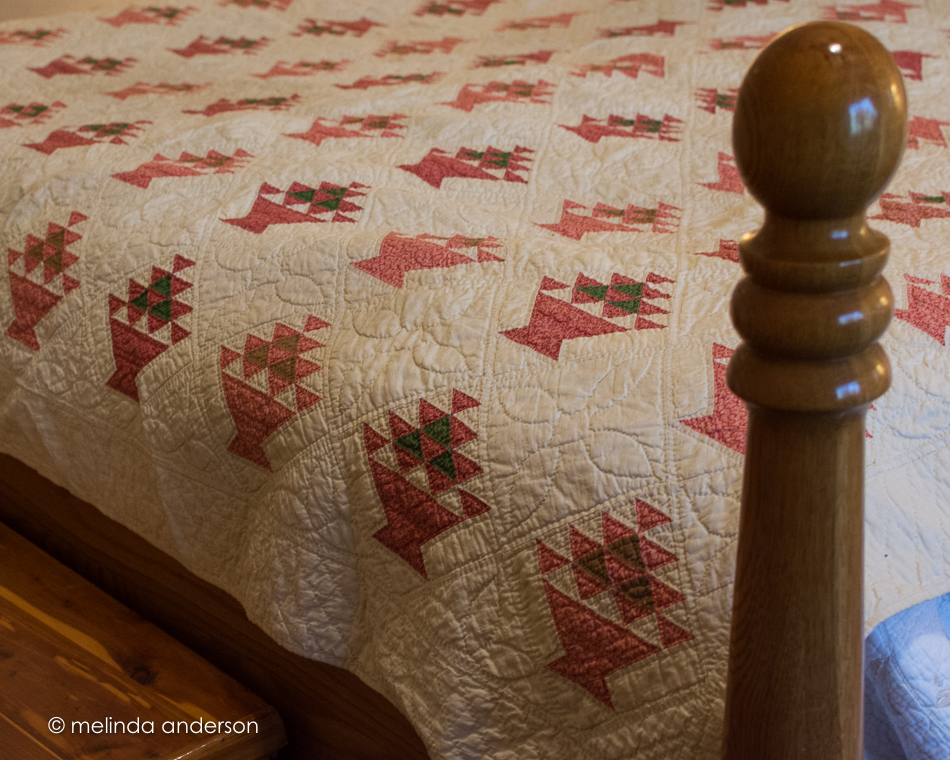 The quilt was made by my great-grandmother, Mary Amanda Peaslee, who was born in Postville, Iowa in 1859.  Her parents, Augustus and Elizabeth Mary Crawford Peaslee, were recent immigrants from Ontario, Canada, along with her maternal grandparents, William and Charlotte Crawford (both born in Ireland). Mary Amanda, along with her four siblings, grew up in Iowa, and she moved to Chicago at some point in the 1870’s with some of her family. In 1882, she married my great-grandfather, Charles Harper Bean, and gave birth to my grandmother in 1888.  By age thirty-five, she was already a widow with a seven year old daughter. She never re-married, but lived with her sister and then my grandmother until her death in 1949 at age eighty-nine. 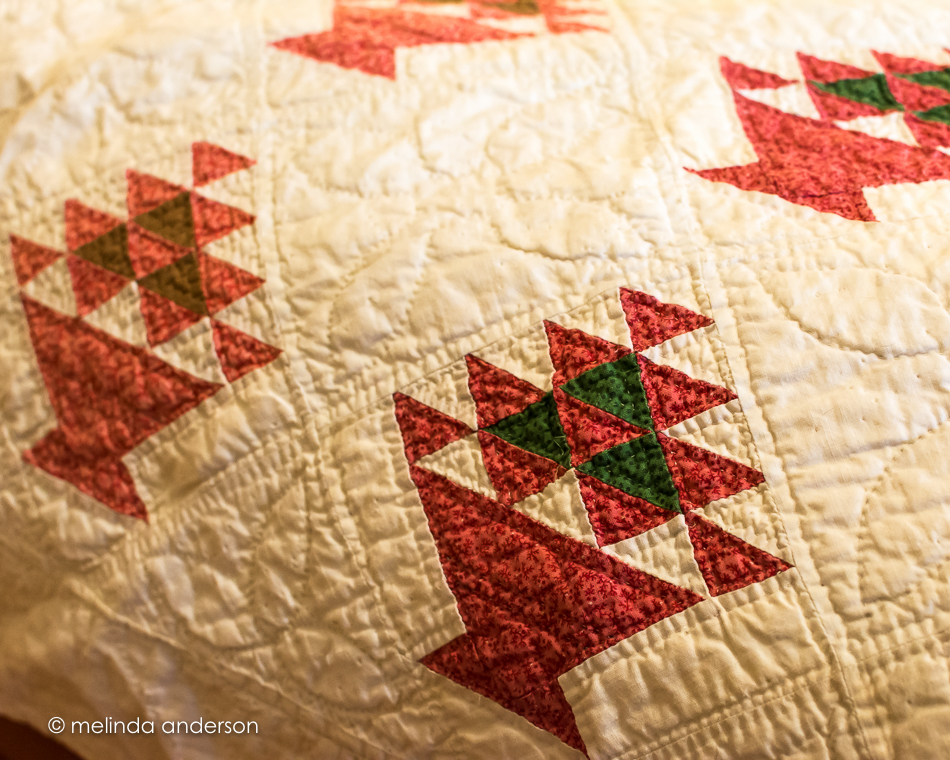 Mary Amanda was an accomplished seamstress all her life and was listed as such in a Chicago City directory before her marriage. My mother remembered sitting sewing and ripping out stitch after stitch as a young girl- never quite measuring up to the exacting standards of her grandmother. In later years, my mother returned to sewing and made beautiful outfits with her Elna sewing machine- always using Vogue designer patterns. 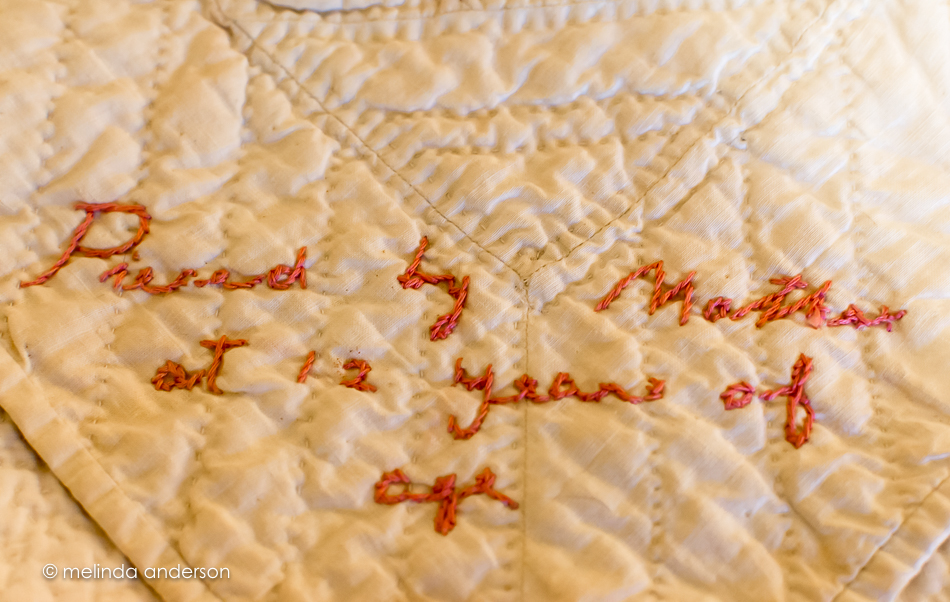 In one corner of the quilt is the inscription embroidered by my grandmother (Mary Amanda’s daughter): “Pieced by Mother at 12 years of age.” It was made in 1871- one hundred years before our wedding- and now it is 145 years old!

This entry was posted on March 25, 2016 by Melinda. It was filed under family history .