When my husband and I got to Chico on Monday, we checked into our hotel and then headed over to Peet’s Coffee, my husband’s favorite coffee place in any town that has a Peet’s (we don’t have it in Arizona).  When I saw the Beatles mural on the wall down the street, I was ECSTATIC knowing that my friend, Carol was coming to town the next day.  We were pretty much Beatles fanatics during the sixties- so what better photo op could there possibly be than a Beatles mural (unless it was Paul or Ringo in the flesh!)?

As I was standing between two parked cars to snap these photos, the owner of one of the cars came along and offered to take a photo of both of us with the Fab Four.  We couldn’t resist! 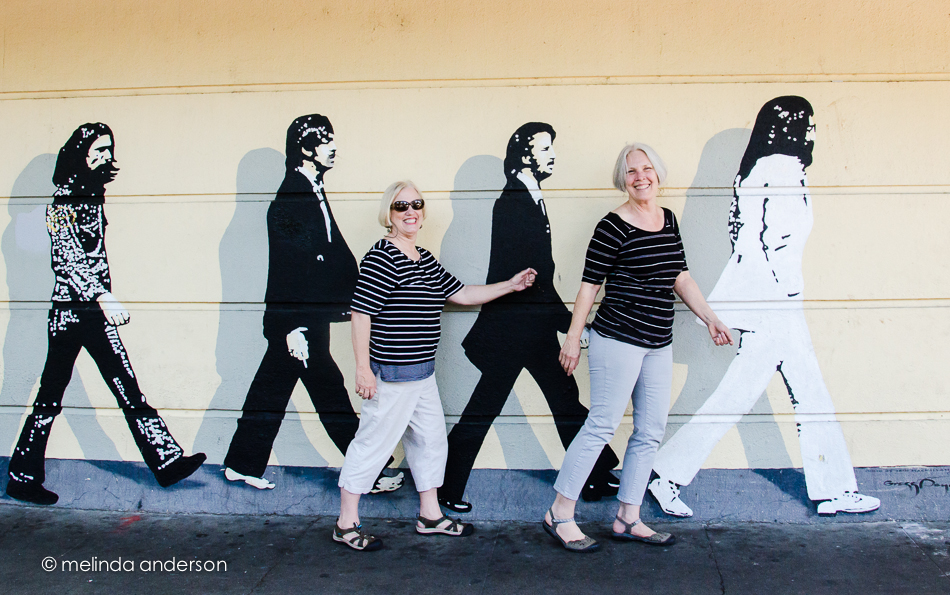 Linking up with Kim Klassen’s Friday Finds- we found the Beatles!

This entry was posted on May 2, 2014 by Melinda. It was filed under Friday Finds, friends, travel and was tagged with Abbey_Road, Beatles, mural.