This was fun- and trickier than I thought! The BeStill52 challenge was to create a square, top-down composition where subjects were arranged on two sides of the square, leaving some negative space.  Now, I am a big fan of negative space- but somehow these compositions were hard for me. I struggle with top-down photography anyway. I’m short, so getting the bird’s eye view involves standing on a chair or ladder.  The second photo was easier for me, because I deliberately used small objects and shot it standing on the floor- yippee!

The photo below is of two old photo albums- my grandmother’s and my father’s.  I didn’t see either of them until after my parents were gone, so wasn’t able to ask questions about them.  I’m so curious about the open album on top- look how the photos are cut and arranged artistically! My father graduated from high school in Wolf Point, Montana about 1919 (!), and these photos appear to be of him and his high school friends.  Was my father really a scrapbooker? I wonder if one of his girlfriends put the albums together for him. Anyway- it is VERY cute! My grandmother’s album features family photos from the 1920’s, often involving camping trips and excursions to the beach. The photo of the three children is my mother (left) with her brother and sister- taken around 1915.

And here is the photo of smaller objects- much easier to photograph! 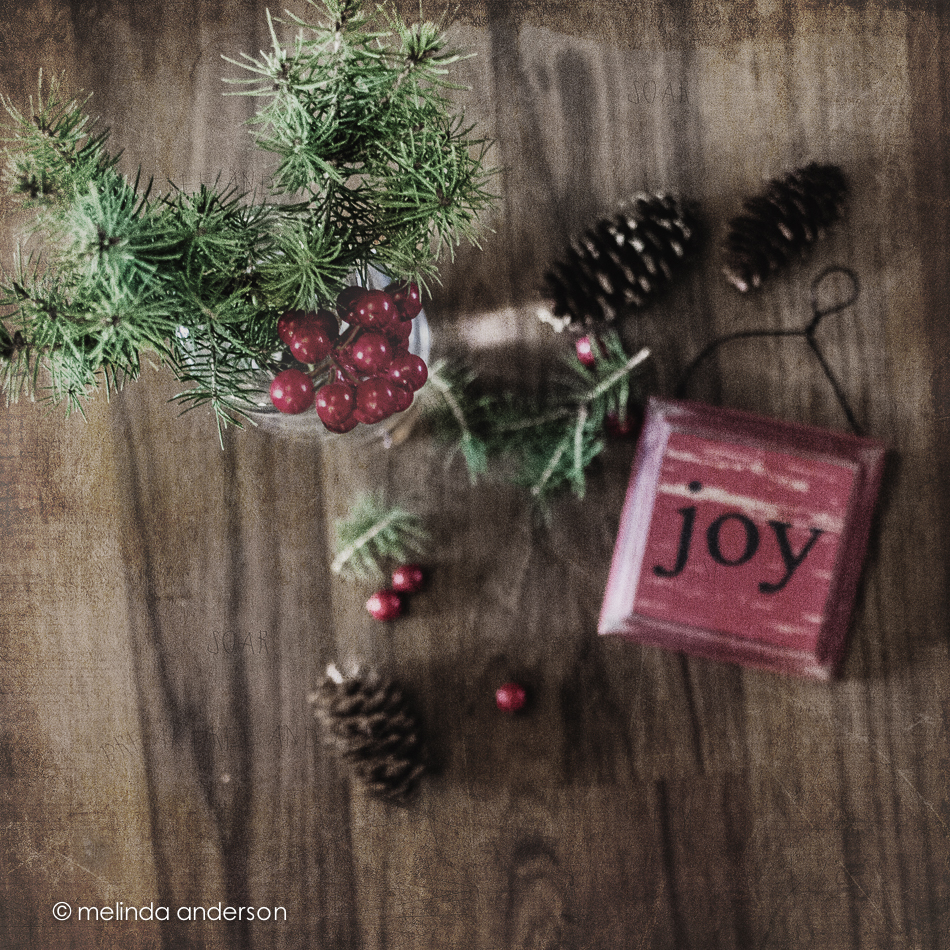 Both photos are textured with Kim Klassen’s breakfree texture for Texture Tuesday.

This entry was posted on December 2, 2014 by Melinda. It was filed under Be Still 52, family, still life, texture, Texture Tuesday .