The focus of our short stay in Palm Springs was of course our reunion with the Rapunzels. We enjoyed some great meals and spent a lot of time catching up on each other’s lives. Our one outing was to Sunnylands, which had been highly recommended by my cousin, Charlaine who was just there. Sunnylands was the estate (built in 1966) of Walter Annenberg, the late publisher, diplomat, and philanthropist. We hadn’t bought tickets for the tour (which included the house), but took our time walking around the beautiful grounds. I was especially captivated by the palo verde trees (state tree of Arizona!), the trunks of which you can see in the below photos. 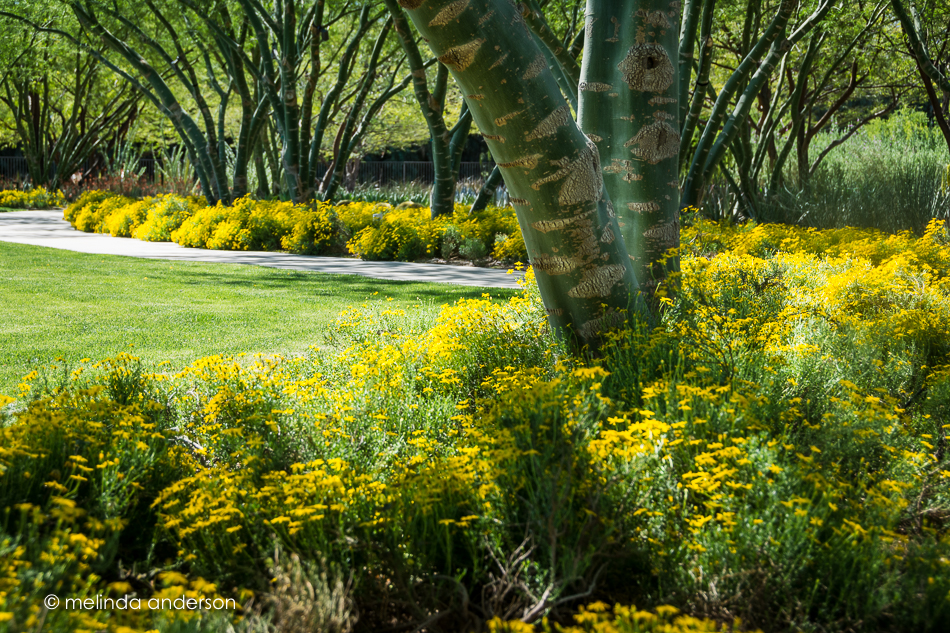 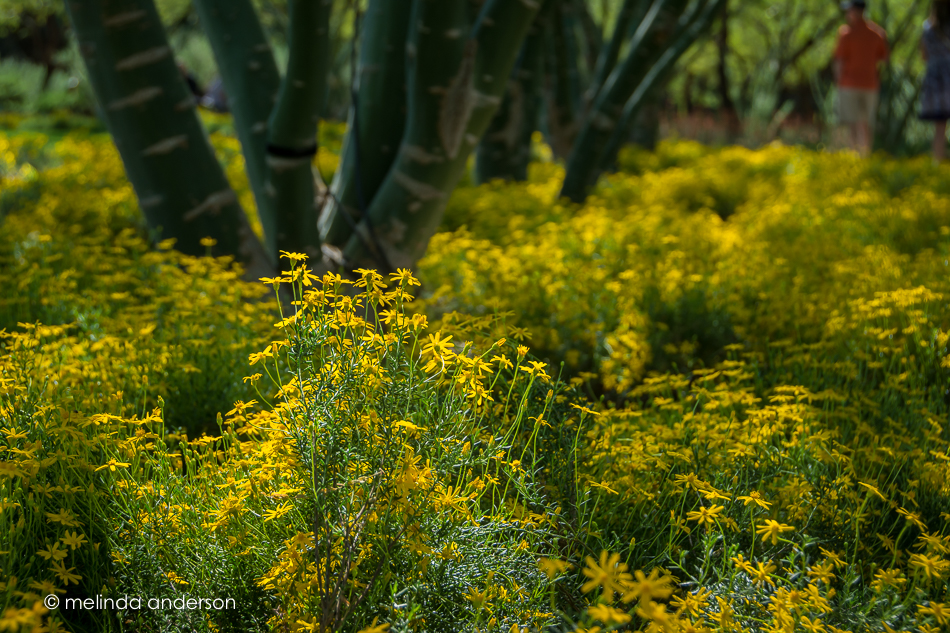 This entry was posted on March 15, 2016 by Melinda. It was filed under flowers, landscape, travel and was tagged with flowers, green, Palm Springs, palo verde, photography, Sunnylands, yellow.